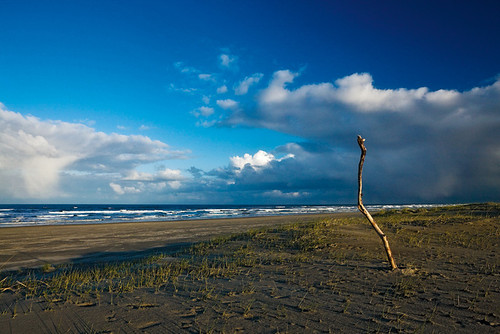 “She followed Grinnell’s famous method of note-taking: Her notebook, small enough to slip in her pocket, was an abridged record of bird sightings, cryptic behavior notes in a shorthand of her own invention, quickly-sketched drawings and maps, details of weather and vegetation, travel routes and mileage that would be difficult to remember with precision later in the day. It was scribbled in pencil, and none of it well organized—it all ran together….The Journal, written in pen at the end of every day, would be considerably fuller and neater, her notes organized, sorted out, edited, expanded, with detailed observations of behavior recorded at the back, on separate pages for each individual species. For the Journal, and for Species Accounts, she created a narrative, free of sentiment or much personal reflection—a scientific document, not a diary, but with the skeleton of facts dressed in the clothes of complete sentences, so as to be readable by any stranger looking over her shoulder. All manner of facts might prove important to a student of the future, this was Grinnell’s belief. Nothing in nature should be assumed insignificant.” – From Molly Gloss’s “The Grinnell Method”

Sometimes you encounter a story that speaks to you on many levels at once, in which you recognize something very personal. Molly Gloss’s “The Grinnell Method,” serialized (Part 1 and Part 2) at Strange Horizons the last two weeks, is one such story for me. “The Grinnell Method” does many things wonderfully well, but at the forefront is its ability to convey a sense of the natural world in a clear yet lyrical way. I recognize, transported to a different terrain, many of my own hikes at St. Marks Wildlife Refuge here in North Florida. I recognize also those elements of silence, surprise, observation, and strange beauty that one encounters when immersed in that world. The details in Gloss’s story feel personal, they feel lived-in, and they reflect a profound sense of place. These are remarkable achievements that also push back against ideas of false urgency in narrative and the idea of what is or is not interesting in fiction. “Nothing in nature should be assumed insignificant,” she writes, and she makes the reader experience the truth of these words. There are so many tour-de-force descriptions that I’ll reference only one and let you read the rest in the story, because that is, in part, the point of the story: “When she came out of the trees onto the bayshore, a great flock of wigeons and pintails flew up in unison against the dark sky, turning so the undersides of their wings caught the seam of sun at the horizon. The tide was out, and her shoes left a trail of shallow pug marks in the narrow strand of bayside beach. Crab molts were thick, and the mud was stitched with the lacy tracks of sanderlings and plovers as well as the spoor of deer, who liked to come down to graze the tidewater marshes at evening.”

What is the story about? It is in a sense irrelevant because of the way the story lives in both the moment and the past; this is not what some call a “plot driven” story, even though that idea comes fraught with all kinds of faulty assumptions. But the details are these: in the early 1940s, a woman naturalist is cataloguing bird and other life in a Pacific Northwest coastal landscape when she encounters an odd phenomenon. This phenomenon appears to the main character in the constrained, narrow way in which it must: to be observed and documented but without a wider explanation. To say the story is not plot-driven and that it contains indelible portraits of the natural world does not mean that “The Grinnell Method” isn’t aware of the era it depicts—exactly the opposite. We are made aware of it abruptly and pointedly from the beginning when she “sat on the dirt like a Jap”—this from the perspective of the young boy who helps transport her gear for her expedition; Gloss does an excellent job of remaining in a place with regard to point of view where she can be tight-in on her protagonist but also open up at times to give us glimpses of other people’s thoughts and opinions. (For example, both a postal worker and a girl who may want to also become a naturalist.)

We are also aware of the role of women in the world—the ways in which her interaction with the natural world are impacted by the world of humans beyond. For example, the observation a few pages in that “Universities don’t mind teaching girls, they just don’t like to hire them”; this in reference to the woman’s attempt to pursue a scientific career as a naturalist. Indeed, throughout the story she conveys the recognition that in order to survive in that world she must be a magnitude better at her job than her male cohorts; thus, the careful way in which the story opens, in which we are presented with her careful observations of nature, the great care that she takes with everything. It is not just the marker of someone good at what they do, but also someone who has to be superb at their job. And this: “Employment opportunities would disappear completely if she were to marry, and therefore she would never marry.” The awful power of this—that this means so much to her, despite the possibility of an impulse for another life—is not undercut by sentimentality. This is just the way things are—and the very descriptions of nature undercut sentimentality, explain the allure of her work; the “backdrop” is foreground in part for this reason.

This immersion in nature from the first page to last is not just about understanding the natural world but also about understanding character: this is the world the woman works in and has developed a deep understanding of. Immersing the reader thus makes it all the more startling, all the more wrong, when the strange phenomenon makes its appearance. It is a feeling of wrongness that permeates the page in a way it would not otherwise. Merging with the sense of something wrong is the way in which Gloss weaves in the past, in the tragic story of the woman’s brother, and his impact on her life. By the time the reader comes to the last pages, the story has added momentum and depth and sense of mystery. There is a thematic, subtextual confluence with the surface of the story that feels unforced and natural.

“The Grinnell Method” will leave the reader with questions about the inexplicable, but all of the answers the story provides are there, in the moment, for readers who understand that some tales satisfy utterly and completely in this sentence, and this one, and the one after that.

(Still, I would follow this woman anywhere, across any landscape, and some small part of me hopes that she will reappear in some future story. I also hope that “The Grinnell Method” receives some awards consideration at year’s end.)