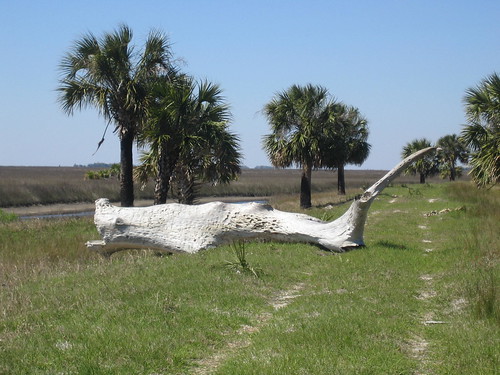 It never fails. My subconscious likes to make me into a liar. No sooner had I posted about thinking about writing and work cycles, both posts that emphasize things other than butt-in-seat writing…my subconscious gave me a nightmare and the next morning that led to feverish writing…and here we are about four weeks later and I have a first final draft of a new novel, Annihilation.

Annihilation is about an expedition into a strange quarantined wilderness, narrated by the expedition’s biologist. I don’t really know how to describe it, except that it in part transforms my love of the wilderness of north Florida, especially the St. Marks Wildlife Refuge, into something much stranger and more sinister.

Anyway, the novel is out and about to my first readers and then I’ll make some further changes and send it off to my agent.

This is the first novel I’ve finished since Finch.

The tower, which was not supposed to be there, plunges into the earth in a place just before the black pine forest begins to give way to swamp and then the reeds and wind-gnarled trees of the marsh flats. Beyond the marsh flats and the natural canals lies the ocean and, a little further down the desolate coast, a derelict lighthouse. All of this part of the country has been abandoned for generations, and not for reasons that are easy to relate. Our expedition was the first to enter Area X for over two years, and the equipment of our predecessors was rusted, their tents and sheds little more than husks.

There were four of us: a biologist, an anthropologist, a surveyor, and a psychologist. I was the biologist. The surveyor doubled as our medic. All of us were women this time, chosen as part of the complex set of variables that governed sending the expeditions. The psychologist served as the expedition’s de facto leader, and she had put us all under hypnosis to cross the border, to make sure we remained calm. It took five days of hard hiking after crossing the border to reach the coast. We had supplies with us that could last six months, and another two years of supplies had already been stored at the base camp. We had also been assured we could live off the land if necessary. All of our food stuffs were smoked and preserved, with no recourse to packets that heated themselves. Our most outlandish equipment consisted of a measuring device that had been issued to each of us, and hung from a strap on our belts: a small rectangle of black metal with a glass-covered hole in the middle. We had been told that if the hole glowed red, we had thirty minutes to remove ourselves from the immediate area. We were not told what the device measured, or why we should be afraid should it glow red.

When we reached the camp, we set about replacing the equipment with what we had brought, and putting up our own tents. We would rebuild the sheds later, once we were sure we wanted to stay. Although nothing had happened to the last expedition, its members had eventually drifted off, one by one. Over time, they came back to their families, so they did not disappear. They simply disappeared from this place to appear in another. They could not relate the specifics of their journey. It had taken a total of eighteen months for this to happen to all of them. For prior expeditions, it had taken a much shorter span. So we needed to test our stamina for that place.