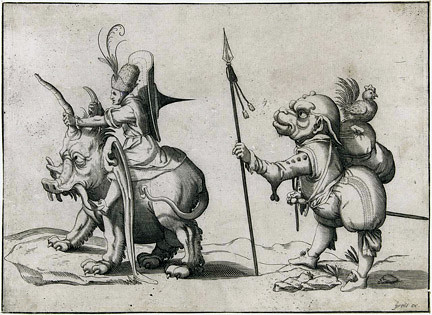 Ann and I have (rather quietly) put together a unique new project over the past few month: a Bestiary with the imaginative working title of…Bestiary. In an A-Z format, with a couple extras, the anthology will contain all original fiction. Think of it as a cryptozoological text for the twenty-first century, although some entries go far back into history. (Ivica Stevanovic is on board as an artist.)

For this project we wanted to assemble the writers ahead of time and then sell the anthology, so a huge thank you to our contributors for being willing to send us material on such a speculative basis. The antho will make the rounds to editors in August.

Although we’re still in the editing phase, we do now have our final line-up, revealed here in its entirety for the first time. We think it’s a stellar group of writers. Certainly what we consider a kind of dream team, and in several cases our first opportunity to work with favorite writers who we hadn’t yet had a chance to publish. It’s a little overwhelming to think we have an original Michal Ajvaz—terrifically funny and pointed—and an original Vandana Singh and an original Karen Lord and Cat Valente and…well, if we keep going we’ll wind up listing everyone!

(Not shown: a creature whose name begins with invisible letter, written by an anonymous writer who is not one of the editors…)