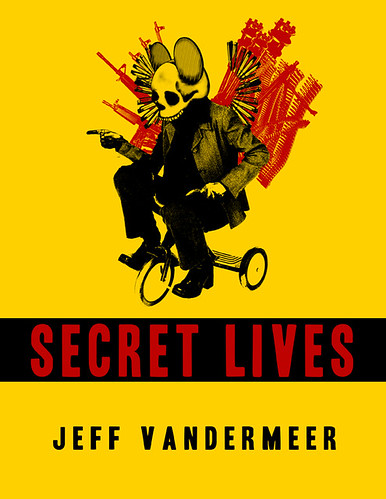 Major thanks to Jeremy Zerfoss for his amazing covers and to Neil Clarke for doing our e-book interiors.

My wife Ann VanderMeer and I have finally, after a few delays, finalized the 2011 schedule for our e-books imprint Cheeky Frawg. We think it’s a potent mix of eclectic titles bound together by fierce imagination, great writing, and a love for fiction tending toward the fantastical. Some of the translations will be bringing new work to English-language readers, and e-books of nonfiction titles like the wonderful science exposes by John Grant just round out a great line-up. We also have several titles to add to the 2012 schedule, but can’t announce just yet. We hope you enjoy this preview of the cornucopia of delights to come. Website and videos coming soon. – Ann & Jeff VanderMeer

The Troika by Stepan Chapman —A joint Cheeky Frawg/Wyrm Publishing e-book of the PKD Award winning novel. A phantasmagorical look at the future that mixes vivid psychological portrayals of three wounded souls with glimpses of “advancements” at times reminiscent of Clockwork Orange. Three travelers are crossing a desert under the glare of three purple suns: Alex, who wants to be a machine; Naomi, a cryogenically frozen soldier now trapped in the body of a brontosaurus; and Eva, an old Mexican woman who has escaped being a sacrifice in an alternate reality. The novel follows their attempts to find out why they are now crossing a desert with no memory of how they got there, and delves into each character’s past in beautifully written flashbacks that feed back into solving the central mystery.

The Honey Month by Amal El-Mohtar—This beautifully written volume of short fictions and poems takes as its inspiration the author’s tasting of 28 different kinds of honey, one per day. Each tasting leads to a different literary creation, with each entry also describing the honey in terms that will make you crave it. The perfect gift book.

Women of the Supernatural: A Tartarus Press Sampler edited by Ray Russell—The first in a line of Tartarus Press samplers, partial TOC here, drawing on Tartarus Press’s exceptional record of publishing some of the best uncanny and supernatural fiction from the past and present.

The Toy Fixer by Yasumi Kobayashi—The first translation, by Gregor Hartmann, of this award-winning long story about a very stranger tinker…

Tainaron: Mail from Another City by Leena Krohn – The Finnish classic of Kafkaesque beauty. An unnamed narrator in a far-off city populated by talking insects. One of the best weird fictions of the 20th century, and a World Fantasy Award finalist.

Flying Fish “Prometheus”: A Fantasy of the Future by Vilhelm Bergsøe—Translation by Dwight Decker, with commentary, of a progressive Danish Steampunk novelette from the 1860s.

It Came From the North: Finnish Weird Fiction, vol. 1 edited by Jukka Halme and Tero Ykspetäjä —A sampler celebrating the great Finnish weird fiction, the first in a three-volume set.

Discarded Science: Ideas that Sounded Good at the Time; Corrupted Science: Fraud, Ideology, and Politics in Science; Bogus Science: Or, Some People Really Believe These Things by John Grant—The exclusive e-books of the critically acclaimed nonfiction series that’s at times disturbing, hilarious, and always important for the times in which we live. All three titles will be e-published simultaneously just in time for the holiday season.

Yes, you say, that’s all well and good, but what do we have to look forward to in 2012 from Cheeky Frawg? In addition to an as-yet-untitled collection from Amos Tutuola and a previously untranslated Leena Krohn novel, here’s a preview of just a few titles. We have a lot more surprises up our sleeves, though… 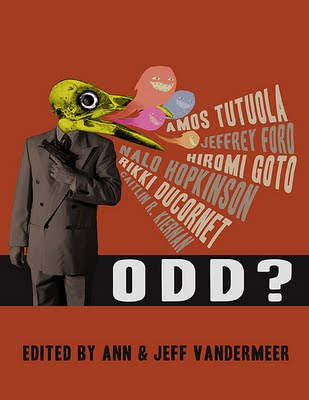 Men Without Bones: The Collected Stories by Gerald Kersh—The classic stories from a half-forgotten author, ironic and funny and darkly fantastical, now available in an edition that won’t bankrupt you.

Jagannath by Karin Tidbeck (stories)—The first collection of a mega-talented Swedish writer of weird fiction. Including the critically acclaimed stories that have appeared in Weird Tales.

The Divinity Student, The Golem, The Tyrant, The Traitorby Michael Cisco—Four cult classic New Weird/Old Weird novels reissued in e-book form with new introductions and afterwords, as well as action figures, including the mighty orchid whale.

The Encyclopedia of Victoriana by Jess Nevins—The classic and definitive guide first published by Monkey Brain is resurrected as an innovative and easy-to-search e-book.

To Heck & Back: Classic Ghost Stories,/em>edited by Ann & Jeff VanderMeer—Blood-curdling blood-letting and ghastly hauntings. Is it the devil or “just” a bunch of ghosts? Read to find out.

Squidpunk: The Early Years, edited by Ann & Jeff VanderMeer—Chart the course of squid-related horror and fantasy through the early parts of the 20th century, in preparation for volume 2, Squidpunk: Feeding Frenzy, to be released in 2013.

Flesh—A 15,000-word horror-in-space story involving cannibalism, meerkats, and a mysterious planet, a radical revision of a 5,000-word story first published in the 1980s. 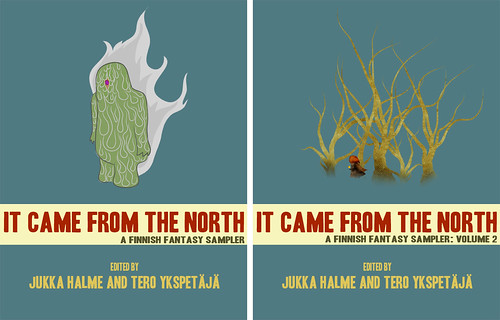 (Rough drafts of covers for the Finnish series.)