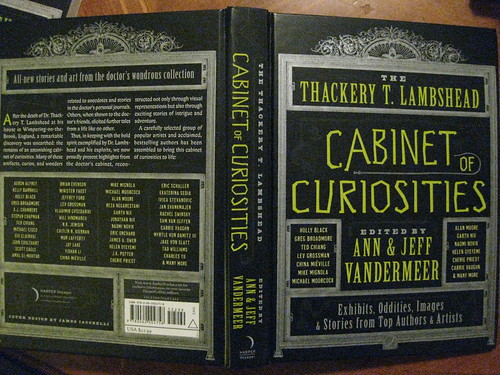 (Contributors: you will have your copy in the next couple weeks, and an email next week about when to blog, etc.)

Next week is the official release of our new anthology, The Thackery T. Lambshead Cabinet of Curiosities from HarperVoyager in North America. We’re bursting with pride over this one, as it turned into a showcase for the imaginations and storytelling talent for some of our most talented fantasy writers as well as a smorgasbord of amazing images from the likes of Mike Mignola, Jan Svankmajer, Yishan Li, Greg Broadmore, Rikki Ducornet, and more. It’s already made the LA Times’ recommended summer reading list and gotten raves from Bookgasm and from Paul Goat Allen at the Barnes & Noble book club.

The antho includes some great stuff from established writers like Holly Black, Naomi Novik, China Mieville, Alan Moore, Caitlin R. Kiernan, Garth Nix, Jeffrey Ford, Michael Moorcock, Carrie Vaughn, Lev Grossman, Cherie Priest, and more. But I also wanted to point out that we showcase the work of many amazing new writers, including Kelly Barnhill, Amal El-Mohtar, N.K. Jemisin, Reza Negarestani, and Charles Yu—not to mention the micro-fictions section in the back, which includes several first sales. My own contribution includes the introduction, developed with Ann, which weaves Lambshead into the history of the twentieth century.

The anthology has a special dedication page, for someone who had contributed to the first volume and planned to contribute to this one: “Dedicated to the memory of Kage Baker, a wonderful writer and a good friend of Dr. Lambshead. You are not forgotten.”

We’ve just received a couple of finished copies from HarperVoyager, and they’re absolutely beautiful, with the cover printed right on the boards.

I’ll have a whole week of blogging about this anthology next week, including some cool exclusives, but for now I’ve got a preview of some pages, along with a couple comparisons between the advance reader copy and the final. Many thanks to the cover designer James Iacobelli and interior designer Paula Russell Szafranski, along with John Coulthart, who served as an image consultant and provided interior images himself, including some amazing title pages… 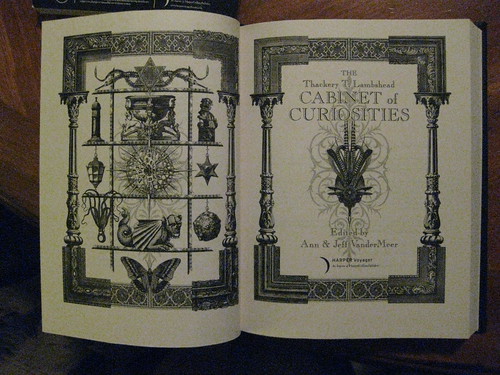 John Coulthart has another six or seven section title pages in the book. 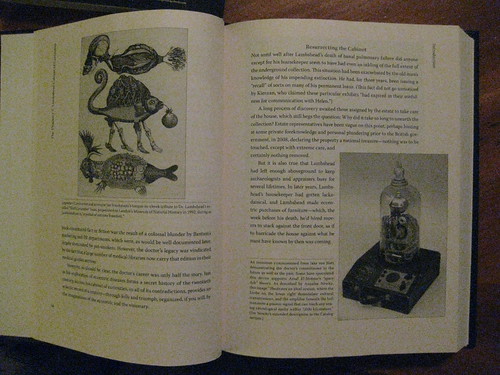 This page from the intro features Jan Svankmajer and one of Jake von Slatt’s pieces. (The grainy quality is just a pecularity of the photo.) 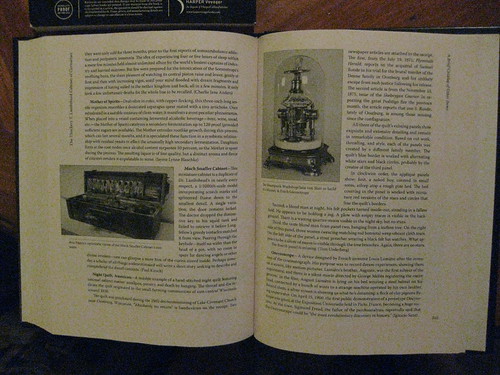 A page from the antho-ending “A Catalog of Further Items”, featuring images of A Much Smaller Cabinet and von Slatt’s Mooney & Finch Somnotrope. 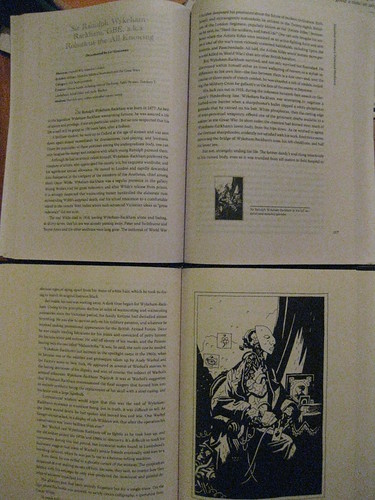 One obvious change between the ARC and the final version was the replacing a few thumbnails, in this case for one of Mike Mignola’s original pieces, which inspired Lev Grossman’s “Sir Ranulph Wykeham-Rackham, GBE, a.k.a. Roboticus the All-Knowing”. 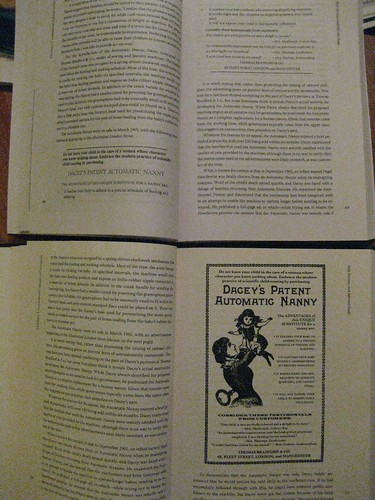 In other cases, we had a chance between the time the ARCs went out and the antho going to the printers to add enhancements due to John Coulthart’s swiftness and brilliance—in this case replacing the text for an advert with an image including the text.

HarperVoyager has been incredibly supportive of the entire project, from start to finish, and gave us the space to play around with ideas and in general make the book as good as it possibly could be.

14 comments on “Preview: The Thackery T. Lambshead Cabinet of Curiosities”