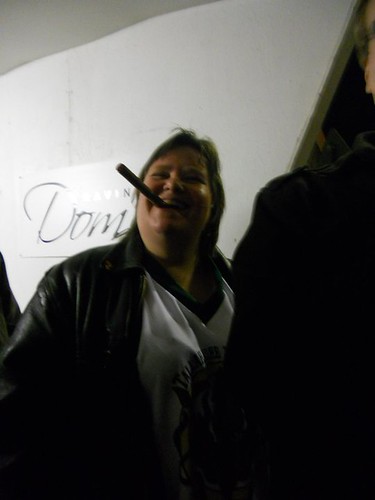 (“This is just the way we roll”: Sari Polvinen, historian and member of the Finnish SF/Fantasy community, including the infamous “mafia” group, the Helsinki SF Society.)

Yes, finally it had to end—the Finnish SF/F coverage on this blog and elsewhere generated by our visit to Finland in April (sponsored by a FILI grant and by gawd one of the best SF/F communities we’ve ever been privileged enough to encounter). A warm and heartfelt thank you to all of our hosts.

Aaaaand, we go out on a high note, with my wife Ann’s Weird Tales blog post about “The Watcher and the Weird,” detailing an unexpected and lovely result from one of our workshops, and what I would call The Return of the King–a splendid long interview on SF Signal with Toni Jerrman, editor-in-chief of the Finnish magazine Tähtivaeltaja.

In addition, the Amazon book blog, Omnivoracious, was kind enough to host my two-part feature on Finnish SF/F, featuring a video interview with this year’s Eurocon guest of honor and Finnish New Weird? antho editor Jukka Halme. The second half of that feature went live yesterdayand you can also read part one here. The features cover a wide variety of Finnish SF/F from authors known to English-language readers, and those who are not…yet. 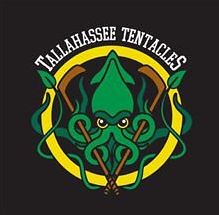 (Logo created by Ninni Aalto, a wonderful artist, for our visit, a great Finnish fandom joke.)

I’ve also done a couple of interviews with Finnish writers or editors for SF Signal and my blog. Here’s a full list of all of the links for your easy perusal. Thanks to SF Signal and Omni, again, for hosting this material. Valloita viekkaudella ja ylivoimalla!

Weird Tales Blog:
The Watcher and the Weird (by Ann) 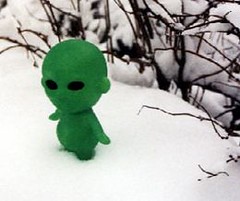 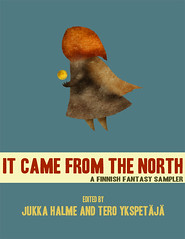 (An alternate cover for the series mentioned in yesterday’s post. There may be an installment entitled “Finnish Weird”.)

And, here, finally, is a question and answer from writer, reviewer, and radio icon Hannu Blommila about the Weird in Finland, cut from the Amazon feature, which was running long…

On the Weird side, what typifies Finnish examples of the Weird? Are there any ways it’s the same or different?

Rather difficult question. Realistic mainstream has always dominated Finnish literary scene, and it has usually – at least in the years past – been typified by its rural setting and rather conservative approach to storytelling in some cases. There are – of course – exceptions to this rule, though.

The only typifying factor I can think of would be how many Finnish speculative fiction writers seem to be quite unafraid of stepping outside the comfort zone of traditional storytelling methods – even in the context of the Weird – and try to do something fresh and unusual. Leena Krohn’s amazing Tainaron would be prime example, I think. Another writer that comes to mind would be Kimmo Saneri, who in the late 80’s wrote stories unlike anything written in Finland at the time. Utterly strange and lyrical, but always true to their own, odd internal logic. The only other writer I can compare him to would be the late, great R.A. Lafferty. Other than that, Kimmo Saneri is a true original. Sadly, he doesn’t seem to be writing anymore.

Few years ago there was actually an attempt to unify Finnish speculative writing under single banner. Another fine writer, Pasi Ilmari Jääskeläinen coined the term “Realist Fantasy” or “Fantastic Realism.” It wasn’t exactly unanimously praised among Finnish genre enthusiasts, but I still think it’s a pretty good description of what certain writers are doing, namely those operating on the fringes of realistic fiction. So, in the end, it would be very hard to pin down any straight and hard typifying examples. Finnish Weird is unfortunately very marginal, but it’s diverse. And it can only grow. [And apparently is already growing–see again the end of Ann’s post.] 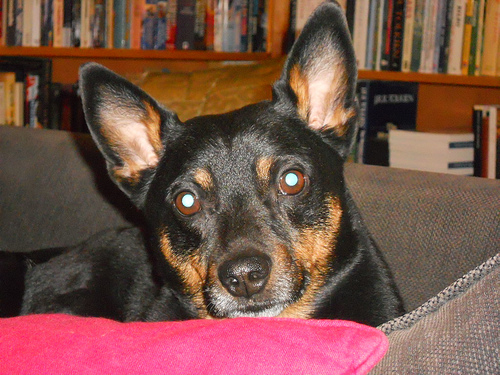 (Martti Polvinen-Halme is not a Finnish writer or editor, but is a part of the Finnish SF/F community.)