On the final day of our Finland tour, during the Helsinki convention known as Tahtivaeltaja Day, the Tallahassee Tentacles were born. Having learned our home town used to have a semi-pro hockey team and being very familiar with the amount of squid in my books, including City of Saints & Madmen, Finnish SF/F fans had come up with perhaps the most brilliant idea ever: hockey jerseys and t-shirts for a fictional team with a squid as the mascot. 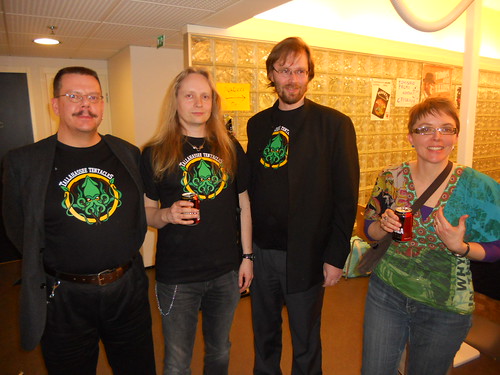 So imagine our surprise on being presented with jerseys and seeing a good 40 people wearing either the t-shirt or jersey as we wandered around the con. I think I began to think the team must actually exist. Certainly, inasmuch as I’d also invented a fake freshwater squid and talked about intrusions of fantasy into the real world, it seemed utterly appropriate—and one of those acts of inspired imagination that makes me love SF/F readers. 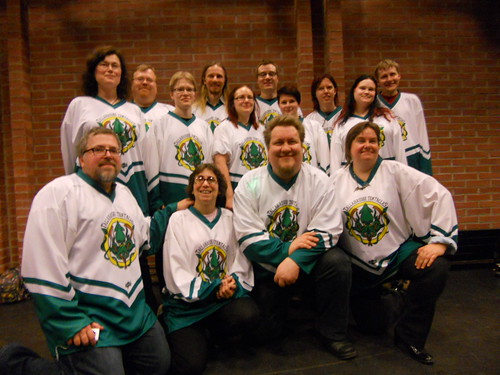 So my question to you, dear readers, is: What sports team would you expect to find in your favorite fantasy world? Either there or intruding into the real world? 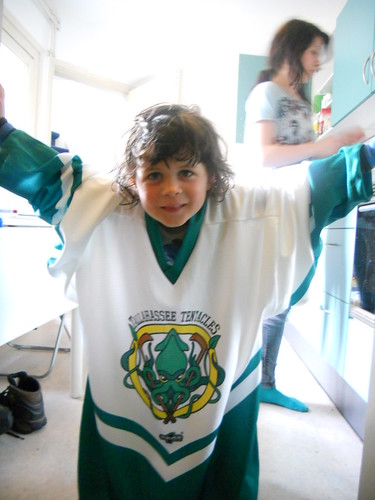 More on our Finnish trip here and here.

4 comments on “The Tallahassee Tentacles: What Sports Team Would Your Favorite Fantasy World Support?”