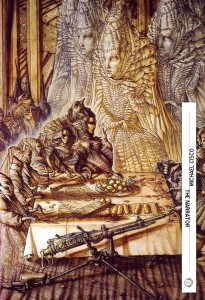 This is the last of a troika-plus-one of reviews simultaneously posted, without prior discussion, on this blog, on The OF Blog, Empty Your Heart of Its Mortal Dream, and by by guest commentator J.M. McDermott on the Apex blog, with an additional post on Omnivoracious, the Amazon book blog.

In Michael Cisco’s The Narrator, the narrator Low is conscripted into an army to fight against the “blackbirds,” who possess lighter-than-air armor. But first, our hero must play a waiting game in a city of cannibal queens and uncanny dead things, with priests for both the living and the dead. The Edak, strange remnants of a mighty imperial power, must be avoided at all costs. Once mobilized, he sets off on a journey that is by turns absurd, surreal, deadly, and one of the great feats of the imagination thus far in this new century. The novel is possibly also the most neglected of the year. Michael Cisco, the Amerikan Kafka, deserves your attention.

1—As a Series of Brilliant Scenes, Paragraphs, and Sentences. 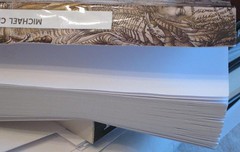 Iâ€™ve rarely come across so many instances where I was simultaneously in the moment of the novel but also recognizing that I was encountering images, snippets, set-pieces unlike any Iâ€™d ever read before. Sleepwalkers that bruise the surface of reality as they glide past, assailants who skim the surface of the water in armor thatâ€™s lighter than air, conjurings with unexpected consequences, refugees from an insane asylum who assemble as soldiers. â€œItâ€™s as if a giant were pushing us along the road, blithering to itself.â€ 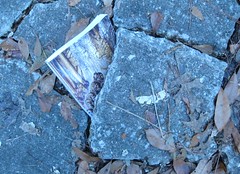 2— As the Nightmare Answer to a Question From a Film. Bonant looms like a cliff out of the water, â€œprojecting suddenly above them, too high to see. Itâ€™s like a black egg with an opening in the frontâ€”it sweeps toward them, as oblivious to them as a passing god, but the men are suddenly quailing and dizzy. They vomit, collapse clutching their chests and abdomens. Blood drips from their skin, smears their teeth as the gums burst, and they die under the influence of that black shipâ€™s mere proximity.â€ â€¦And inside, the answer to the riddle of a giant skeleton in the captainâ€™s chair in A—-, â€œnaked with long heavy white limbs. His massive body sits, like a sack of grain, on a marble cenotaphâ€¦.bleached muscle, wanly shadowed with a lace of veins and arteries.â€ There are connections that make no sense at all and yet by dint of the power of the imagination and the communicative property of artâ€¦make sense. (G + A + MC = absurd heresy) 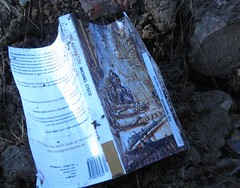 3—As an Extended Treatise on the Negation of Meaning that Is War. â€œAn army is a horror. Itâ€™s a horrible thing.â€ There are many battle sequences in The Narrator, and they all translate as action without meaning, sometimes so chaotic that even individual action is hard to discern within the movements. As near as is possible in text, Cisco conveys the jerky, roving, incomprehensible experience of men on foot shooting at each other across broken, often hilly ground. The individual meaninglessness of it and the group rationalization of it. (Group rationalization undercut by the lack of an Order from On High later in the novel, which wouldâ€™ve driven the point home better.) The result is to come close to conveying the derangement required to wage warâ€¦while simultaneously demonstrating that the more a writer repeats battle scenes, the more the result becomes boredom and skipping of pages. That the more you invest in too many similar scenes, the more the meaninglessness recedes and the more purposelessness closes in on the reader, until what was pointed before seems like kids playing with rifles in the backyard. To retreat from purposelessness would mean to advance toward tighter editing. But where to cut? 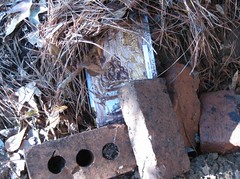 4—As a Series of Experiments in Narration, Eel-Slippery. The narrator of The Narrator may not be the narrator of the entire novel. Where does his narration really begin and end? What to make of the asides between chapters? Of meeting another narrator, who in a sense begins to narrate the tale in a different way. What of the accounts of others, which the narrator narrates by adding notes like â€œan unhurried, slow inhalationâ€ and â€œHer voice dropped there.â€ And â€œShe caressed the air by her knees with stiff old hands, seeming to coax the guillotine blade out of the sparkling air so that I for a moment saw it.â€ Should we be worried? Should we care? 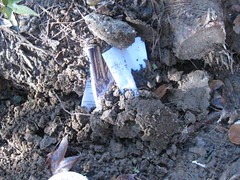 5—As the Most Surreal Science Fiction Novel Ever. A place that alters all who enter it. Flying things that seem intelligent. A cathedral like a science lab orâ€¦something else? The drone of a tower, that can kill. â€œThose arenâ€™t people. Their guns arenâ€™t guns.â€

6â€”As the Tale of the Ride of the Valkyries, Through the Exploits of Saskia. â€œHere comes from somewhere behind the asylum, a woman all in armor. She has a short sword with a basket hilt on her right side and a flapped holster on her left hipâ€¦A pleasing, and weirdly familiar face. I could say she looks like da Vinciâ€™s â€˜Lady with Ermineâ€™ if there had ever been such a thing. Strange thing to think.â€ If thereâ€™s a hero of The Narrator, it is this battle-tested woman who joins the narratorâ€™s army and never falters in her bravery under fire. Sheâ€™s a deliberate counterpoint to the senselessness of war—an entity with a tactical purpose who brings order by simple focus. â€œFrom the window I see Saskia herself darting across the water. The [soldiers] are shooting at her. She zig-zags with astounding speed and in the next moment is right alongside them. She whirls around toward the rear of the boat, gesticulating wildly, then suddenly hurtles back toward us in fantastic back-and-forth curves, her legs pumping.â€ Saskia is perhaps the only character who remains consistent from beginning to end, and in a sense she gains her own agency as narrator because of it. 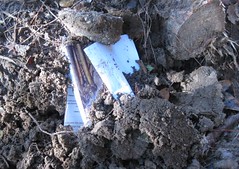 7—As an Extended Dream From Which You Will Not Awaken. â€œIn the distance, a white something bobs in the water asleep. It slobbers and muttersâ€¦Its slobberings wriggle through the water like black eels. In a vision no one present can see, the ocean turns to fluid mirror, like mirage, where it crashes over the white figure, the mirror froth rolls away across the surface of the water like mercury and Lowâ€™s outstretched hand draws the black saliva from the glistening antiseptic mouth of the sleeper to form elegant, calligraphic loops and ornate signatures of unreal sharpness on the reflecting surface. A down of phosphorescent ash spins from them as they move, forming glowing coils that sink into the black below the silver, whirring and snapping like whips. They seem to drag Lowâ€™s arm to and fro. Who is narrating this?â€

Saskia. Makemin. Low. Nardac. Punkinflake. Thrushchurl. Youâ€™ll remember all of them. By the end, the book will be buried in your skull. 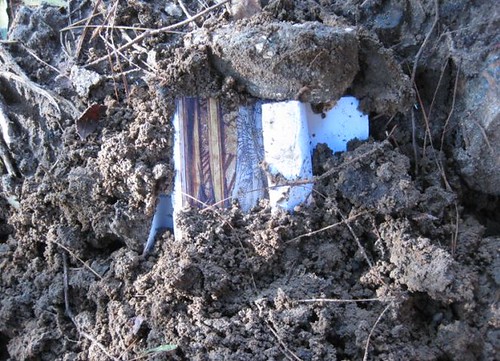 8 comments on “Seven Views of Michael Cisco’s The Narrator”