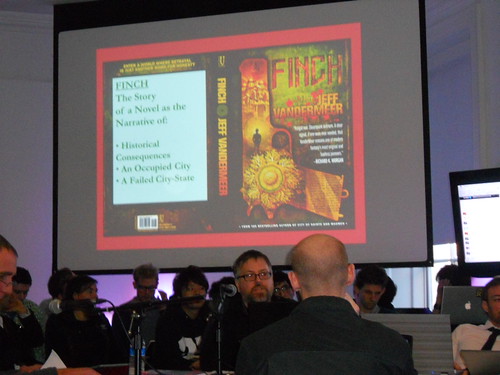 The Occupiers, the gray caps, flood the city. They transform the city of Ambergris through chaos and purpose. And six years later, Finch is stuck within the new order as reluctant collaborator. Is compromised by his mere presence in a police station, his status as investigator of a double murder that the rebels donâ€™t want him to solve and his inhuman bosses insist he solve on penalty of his life.

But what does the Rising mean for the city of Ambergris? What does it mean for the spaces Finch must negotiate in his investigation? What is the city occupied, and what is it as a failed state? 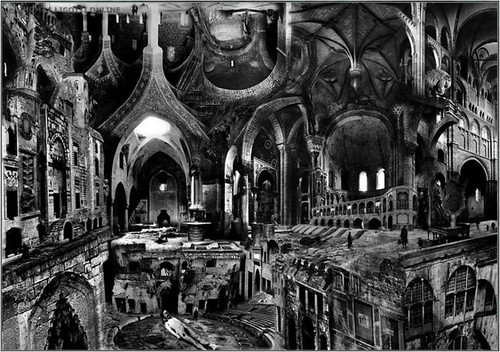 As the city moves to a post-colonial situation, it is becoming a colony again, just for a different side. It is becoming contaminated from within and without. An occupied city can be a city in a straitjacketâ€”martial law, curfews, road blocks, imprisonmentsâ€”but occupied cities that also exist as failed cities can have both less and more agency. They are simultaneously closed vessels and extremely porous. The cross-pollination that occurs creates hybrids of necessity, and allegiances that make little sense out of context.

Reconstruction, Renovation, and Transformation. All three of these contexts or states of being impact not just the cityâ€™s present, but also its past and its future.

—Re/Construction: Rebuilding and new construction that alters the very map of the city in ways that favor the Occupier.

—Renovation: Perhaps more properly, repurposing, as in the repurposing of existing spaces.

—Transformation: More radical than â€œconstructionâ€ or â€œrenovation,â€ â€œtransformationâ€ creates change in an irreversible way while at times revealing the gap between the reach and intent of the occupier and the culture of the occupied. These transactions sometimes lead to situations beyond the ken of even the occupier.

It is in all three states that my fantasy world and the real world coincide, echo, and mirrorâ€”communicate with each other. 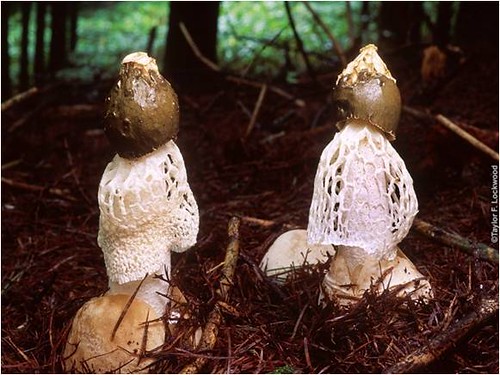 In addition to the flooding of the city, the creation of canals, as an exercise in engineering-as-warfare, the gray caps pursue other projects that constitute construction or reconstruction, changing the nature of spaces within the city.

First, the fungal cathedrals, also known as mushroom houses, which are structures imposed upon the map of the city in even a less organic way than the water released to flood and form walls in the form of canals. These structures either burst up out of the ground overnight, creating dissonance for the inhabitants by rapidly transforming familiar landscapeâ€”or spores infiltrate ordinary brick-and-mortar houses and buildings, gradually devouring them, until nothing remains except the fungal â€œskinâ€, the interiors facsimiles of the original spacesâ€”like but unlike what was there before. This is aggressive colonization by the Occupier and has its clear parallels in our own world.

The two towers being built in the bay, on the other hand, represent an event almost always on the verge of happeningâ€”a completing that is never quite complete, causing a suspended and continual sense of dread and speculation: â€œAt dusk each day the gray caps lead a work force from the camps south of the city. All night, the sounds of hammering and construction. Emerald lights moving like slow stars. Screams of injury or punishment. While along the lip of the bay, monstrous fungal cathedrals rise under cover of darkness, skyline a jagged, never-healing wound.â€

Whereas the purpose of the fungal cathedrals is obvious and immediate, the two towers are a slow-motion, long-term terror campaign waged by the Occupier on the Occupied. The replacement of existing spaces and structures with repurposed spaces and new structures takes place within a certain context. But the two towers require the application of the imagination in frightening ways because it also implicates the citizenry in unknown intent through the use of slave labor. People become conspirators in the creation of their own terror. This is another calling card of the Occupier, whether in our present or an alternate present.

These towers donâ€™t exist without the real world, howeverâ€”something rising to possibly destroy instead of something falling to destroy. This rose out of my subconscious, so that the extrapolation about these towers in the novel is not only my reconstruction of dream but also an attempt to make sense out of senselessness. 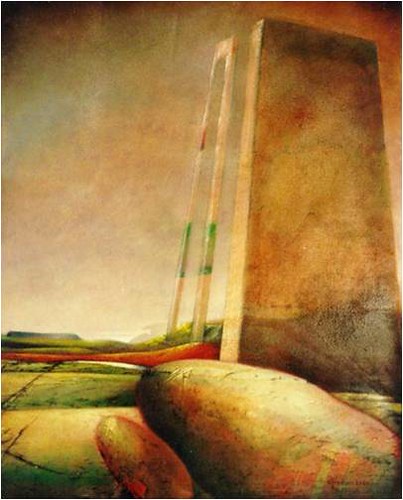