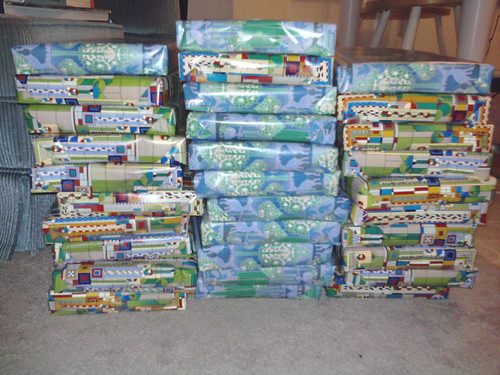 (Steampunk Reloaded contributor copies lined up and ready to be packaged and shipped off.)

Steampunk Reloaded (Tachyon Publications). Co-edited with Ann, this antho is in stores, and contributor copies will be on their way next week. In mid-November, we will post Brazilian and Portuguese Steampunk translation teasers from Vaporpunk, along with an original Jacques Barcia story from a prior Brazilian anthology. Publishers Weekly gave the anthology a starred review and we’ve been blessed with many positive notices, including USA Today’s Pop Candy mentioning it as their book of the week.

The Weird (Atlantic/Corvus). This 750,000-word, 100-year retrospective, co-edited with Ann, has been rescheduled for next year. We’ll announce the TOC and the new publication date sometime in late November, along with some new anthology projects. (We tried to notify all contributors, but with 114 stories we might’ve missed someone.)

The Thackery T. Lambshead Cabinet of Curiosities (Eos/HarperCollins). Except for a couple of stragglers, Ann and I now have all art, stories, and incidental text in hand, including a few rather wonderful surprises. Despite a hectic schedule, Alan Moore has turned in “Objects Discovered in a Novel Under Construction” and Naomi Novik just sent us “Lord Dunsany’s Teacup.” This in addition to Jeffrey Ford’s rather insanely great long story “Relic” and a ton of other amazing stuff. The number of images has gone steadily upward until we can say with confidence that this will be the most visual anthology we’ve ever done. John Coulthart is contributing art, some interior design, and a stunning series of title pages for the various sections. The full TOC will be announced in a couple of weeks. Publication is set for June 2011, and will be in an oversized hardcover 7 x 9 format, with the cover printed right on the boards. Currently available for preorder on Amazon at a greatly reduced price.

The Steampunk Bible: An Illustrated Guide to the World of Imaginary Airships, Corsets and Goggles, Mad Scientists, and Strange Literature (Abrams Image). This coffee table book by me and S.J. Chambers covers all aspects of the Steampunk subculture, from art to fiction, movies to comics and everything inbetween. We’ve finalized the text and the images. A last run-through to add image credits and it’s a matter of proofs from the printer and it’ll go to press. The book will be a 7 x 10 hardcover with the cover printed right on the boards. It’s currently available for preorder on Amazon for a ridiculously low price, and will be published in April-May of 2011.

Borne (?): Originally sold to Subterranean Press as a novella, the story has clearly become a novel, which I should have finished by late January at the latest. Subterranean has been kind enough to let me submit another story–something that will be novella length–for book publication next year. Borne will be submitted to publishers once its done, rather than pre-sold. In short, this means two books of fiction soonish.

The Troika by Stepan Chapman (Ministry of Whimsy): To mark the 15th anniversary of Ministry publishing Chapman’s PK Dick Award-winning novel, we will repackage it in 2011 in a deluxe e-book edition with lots of extras. Thanks to our parent publisher, Wyrm (Neil Clarke), for greenlighting this project. We don’t have a set publication date yet.

…as for other projects…let’s just say we’ve got an original, new story from Michal Ajvaz in hand for [REDACTED TOP SECRET] and expect more work soon from Leena Krohn and others for the same book. We should also know soon whether we will add the next volume of Leviathan into the mix toward the end of 2011. Ann, meanwhile, will have some important updates/news about changes re Weird Tales in the next couple of months. 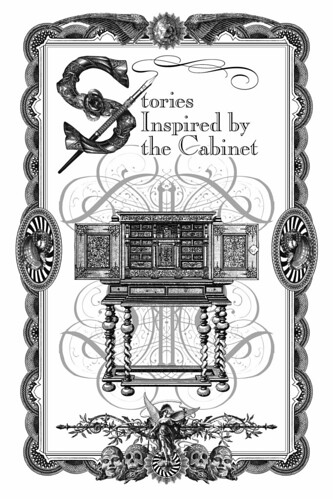 6 comments on “State of the Vander Union: Updates on Weird, Steampunk Reloaded, The Lambshead Cabinet, Steampunk Bible, Borne, and More”