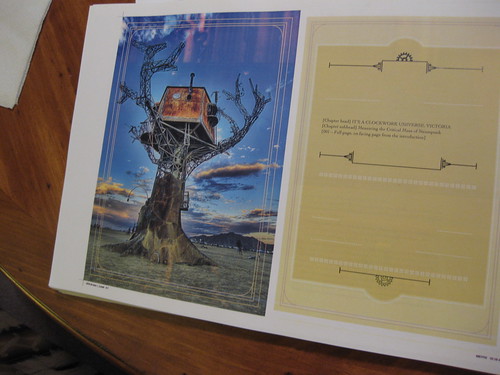 So the rough layouts for the Steampunk Bible arrived today, and I sat down with my coauthor S.J. Chambers to review them. At this stage, the point is to have the text and images in a standardized, approved format, even if not all of the images are at high-res (some are still coming in). To adjust the text as necessary at this stage, before we’re locked in, and also to provide feedback on both the images used and the way they’ve been deployed in the layout. Many things will change, many things will stay the same.

It’s certainly an eye-opening experience, somewhat different from working on a novel or story collection or anthology–although so many of the books I’ve done have had some illustrative component that it’s not as foreign as it might have been.

The book will be out in May of next year, which is practically right around the corner, and features contributions from, among others, Jess Nevins, Libby Bulloff, Bruce Sterling, Desirina Boskovich, Jake von Slatt, Rick Klaw, etc. Those interviewed for the book include Sean Orlando, Scott Westerfeld, Ay-leen the Peacemaker, Evelyn Kriete, Ekaterina Sedia, Dexter Palmer, and more. Too many are involved for me to provide a complete list right now.

A very, very special thanks to Jake von Slatt, to acquiring editor Maxine Kaplan and David Cashion at Abrams, and to our editor on the book now, Caitlin Kenney, who has been nothing short of awesome in every way, including developmental edits on the text.

Here’re a few more photographs of rough pages, noting, again, that nothing here is final and some images are placeholders. Enjoy! 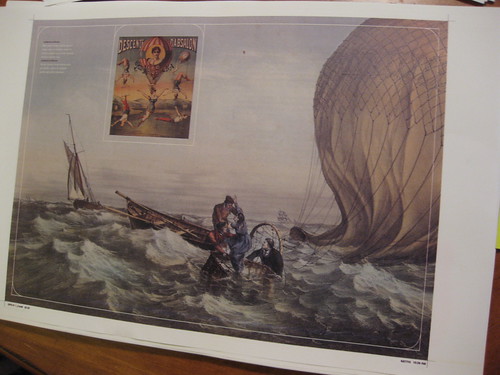 There are some lovely two-page spreads in the Origins chapter and elsewhere. 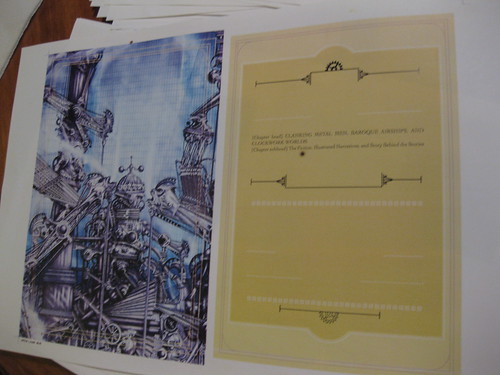 The original British cover art for The Difference Engine, created by the wonderful Ian Miller, makes a nice jumping-off point for the fiction chapter. 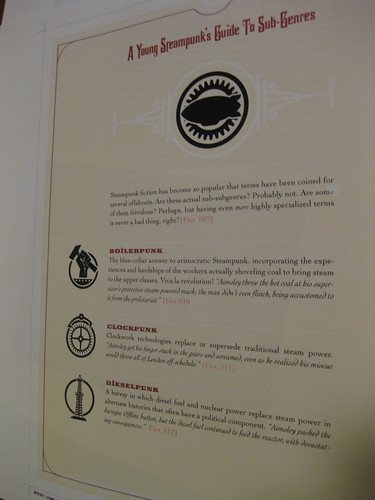 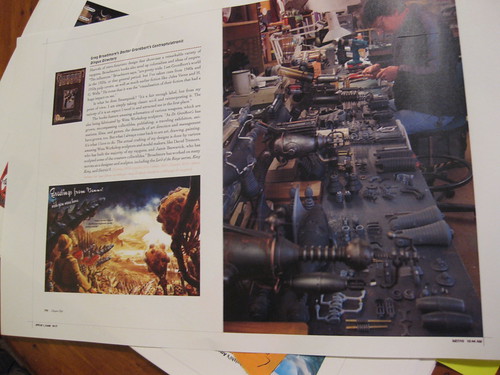 A comics gallery section showcases Girl Genius, Sydney Padua, Bryan Talbot, and, among others, Greg Broadmore–emphasizing how comics can be integrated with physical manifestations of the illustrations therein. (This page will be radically different in final.) 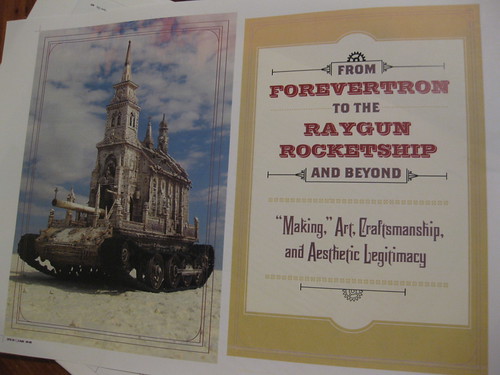 Can’t remember why there are quotes around “making,” but those will probably come off. This lead-in image may change since it’s an anchor piece for the Oxford exhibit section that’s found much later in the chapter.

Photos by Libby Bulloff (self-portrait) and Lex Machina. We’ve decided that Libby’s photo should be smaller and go with her sidebar article on types of Steampunk fashion, allowing us to emphasize another shot instead. Libby’s photo isn’t particularly Steampunk, but it is striking! 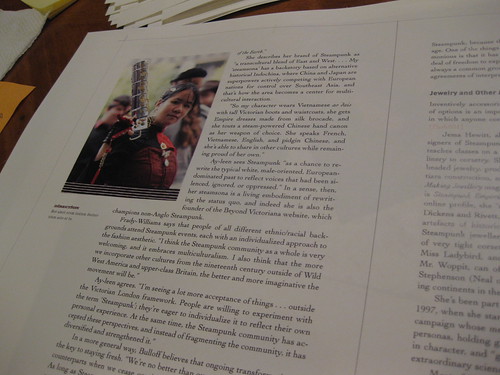 Photo of Ay-leen the Peacemaker in a section that in part discusses the growing multicultural directions being taken by Steampunk. 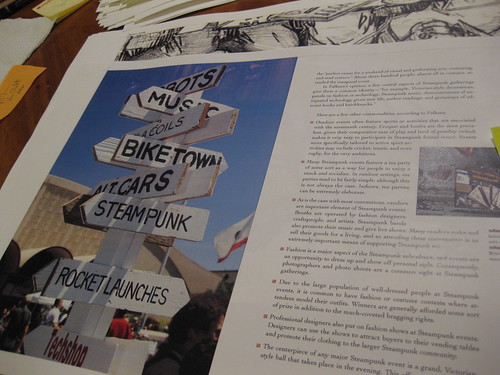 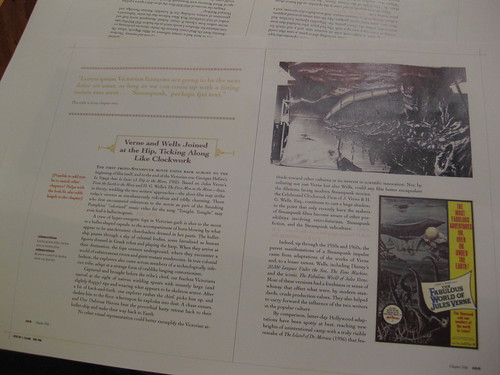 The first couple pages of the movies/TV section… 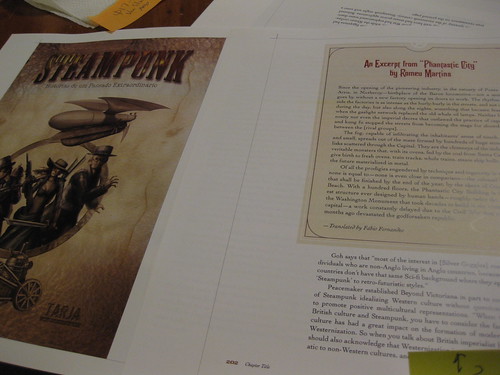 Brazilian Steampunk fans will be thrilled by the Future chapter, which not only showcases a Brazilian steampunk anthology cover but also features an exclusive excerpt in translation of one of the stories published therein (thanks, Fabio Fernandes!). 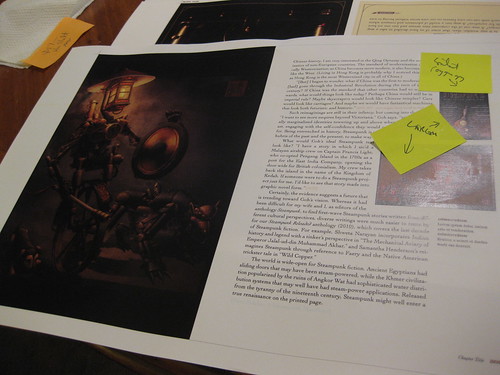 Have we shown you too much, dear reader? Not at all. We have, in fact, held back many of the most exclusive images and delights from our book. But, consider your appetite whetted.