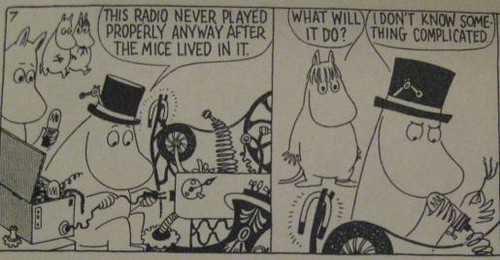 Well, it’s been fun, but it’s almost over. As indicated in the previous post, our deadline for submissions to the Steampunk Reloaded anthology has come and gone. Ann and I are still looking through one last batch of submissions, but otherwise we’re done. And I never have to read another steampunk story again. This isn’t a complaint about steampunk so much as the fatigue you always get when mining out a particular subgenre. That said, I’m really excited about this anthology because we found so much great content, some of it very unexpected—both Ann and I think it’s an incredibly strong book. We even have some original fiction that more or less fell into our laps. There’s also original nonfiction and art, and the look of the book, under John Coulthart’s stewardship, will be much closer to The Thackery T. Lambshead Pocket Guide to Eccentric & Discredited Diseases than the first Steampunk volume.

The brief for the first Steampunk antho was to reprint the classic stories, for the most part; considering that brief, a wide variety of approaches and styles were represented. This time around, focusing mostly on the last decade, the biggest change is that a subgenre in which very few women wrote now features a plethora of women—as Ann and I had suspected, and stated in various interviews at the time—and thus many more female contributors to this second volume. The greater variety of setting and situation, though, is pretty even across gender. This anthology is also situated at the cusp of much more robust participation in this subgenre internationally and multi-culturally—already we see projects and individual stories that we would’ve probably been able to take if the antho were being turned in two years from now that would better reflect that fact. Indeed, Steampunk Version 2.0 seems to have reached its peak–without that infusion of new perspectives, it’s likely to eat itself rather rapidly.

The subculture and recent fiction fitting the brief of retro-futurism can be earnestly escapist and yet also progressive, sometimes simultaneously, and I think we’ve also struck a good balance in that regard. Several stories make strong social statements or pose interesting questions, and some are satirical. As ever, there is no Steampunk movement–just an aesthetic that be riffed off of in many different ways.

This time around Ann and I decided we wouldn’t take a story unless we both liked it, a bit of a departure from past anthos, but one that worked well. And, of course, when this book and my Steampunk Bible come out we’ll be identified as Steampunks…until whatever the next project is. (“Oh–look, there go the squidpunks!”) I’ve gotten used to it. There seems to be an inability to differentiate the fascination in tackling a particular project from the identity of the person tackling it, which is perfectly understandable, even though moi as writer is often different from moi as editor. The antidote, of course, will be to do Leviathan 5, and make it as surreal, experimental, and confrontational as possible. Yep, that’ll do the trick.

Finally, thanks to Jacob Weisman at Tachyon Publications for supporting our wish to have an open reading period. From a publisher’s perspective, unsolicited submissions can often seem just lost opportunities to invite or include established writers whose reputations can help sell an anthology. But open reading periods are essential for encountering work by new and less established writers—they are also essential for editors who want to continually be rejuvenated and re-energized by new voices. As it turned out, we took five submissions from the open reading period, and we also encountered many dozens of talented writers for the first time whose work we’re now on the look-out for, and who may well contribute to future projects.