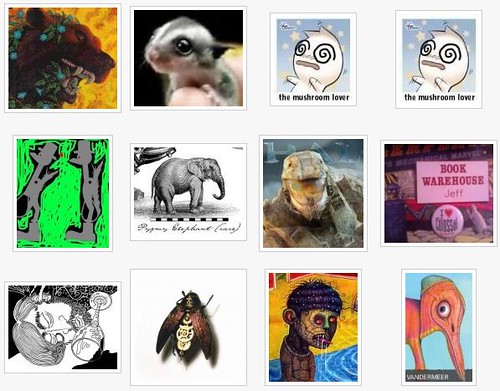 (A screen capture from my profile photo album on Facebook; I love how the juxtapositions form a kinda cool collage.)

I’ve got a complicated relationship with Facebook. When Matt Staggs first set up an account for me, I kind of scoffed at Facebook. Me? Wanting to interact with people using status messages on a daily basis? Not this curmudgeon.

Then I started using Facebook and became an addict. On a basic level, yes, the appeal was that I could keep up with my friends despite being frantically busy. I could actually remember their birthdays using this great external brain called “Facebook”. I started using Facebook while doing projects that didn’t require all of my brain—like editing, writing reviews, etc., so I found it a nice way of feeling connected and also of having some fun while getting stuff done. 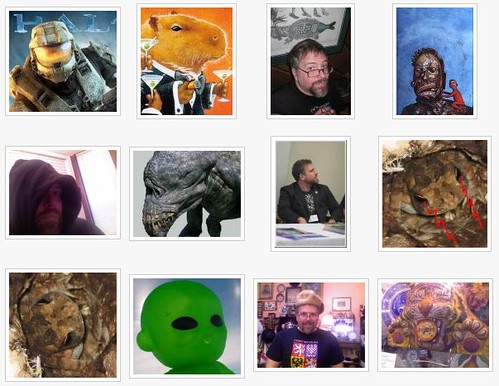 Eventually, I began role-play using Facebook, as a lot of these profile photos should demonstrate. Role-playing is a form of storytelling, and since I had so many book projects on my plate but not much time for writing fiction, I think I used the role-playing in the guise of, say, a capybara or a giant bear or a komodo dragon as a way of fulfilling a creative urge on a micro level. This was also important because, well, after writing my novel Finch I didn’t really want to write any major fiction. It usually takes me awhile to recharge.

At one point, in the guise of an alien baby icon, I wrote the beginnings of a short story in first person—on Facebook. I know many of my friends didn’t know what the heck I was going on about, and others thought I was joking, but I found the process fascinating. As long as I stayed in character and answered the responses to my little posts of story fragments, I was advancing the narrative—and because many people didn’t realize I was telling a story, the narrative took twists and turns I wouldn’t have thought of without the prompts from my friends. In another case, I took on the persona of Mord, a giant Shardik-like bear who will figure in several future stories, and doing so gave me some idea of the parameters of the character. 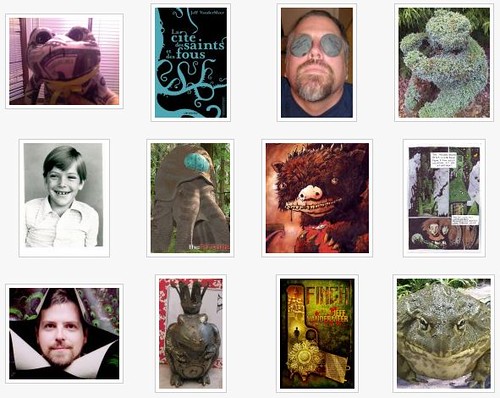 Now, about eight months since I became serious about Facebook, I use it as a mini-blog as well as a source of creativity, and, still, to keep up with friends. I have almost 2,000 friends now, many of whom I don’t know, and so it really is more like a micro-blog platform than anything else. I post thoughts and content there that don’t overlap with Ecstatic Days, or I try to provide it in a different context. (If you’re not my friend on Facebook, feel free to add me—it’s a mix of close friends, colleagues, readers, fans, industry professionals at this point.) I’ve also thought about finding some graceful way to include a Facebook feed in the sidebar, since this blog and my Facebook activity are often linked in some ways (blog posts here have sometimes started as posts/responses on Facebook).

When I go on tour this fall, it’ll be interesting to see how it affects how I use Facebook. It might mean I’ll break from it and won’t come back for awhile. In part because there have been instances at which Facebook has felt cramped—as if it allows thousand of voices into a mind already crowded with information. And I’m also aware that I may simply be conditioned to the response, much as a rat in an experiment becomes conditioned to receiving a food pellet if it performs a certain function. It’s also led me to mistake it for a diary, in that I’ve posted status updates containing information I’d never divulge here on the blog, and in a couple of cases I’ve regretted it. (Other stuff is just perhaps too silly–like an updated status message at two in the morning about a flying cockroach.) And, finally, I’m sure Ann’s felt like a Facebook widow at times.

But I do know it has served a creative function for me this year as well, and three or four creative relationships that have led to projects have come about because of being on Facebook. So I may just have to accept the aspects of it that sometimes stress me to get the benefits from it . One thing’s for sure—as in all things, moderation is the key. Currently, I’m glutting myself on Facebook, but eventually I’ll have to pull back a bit. 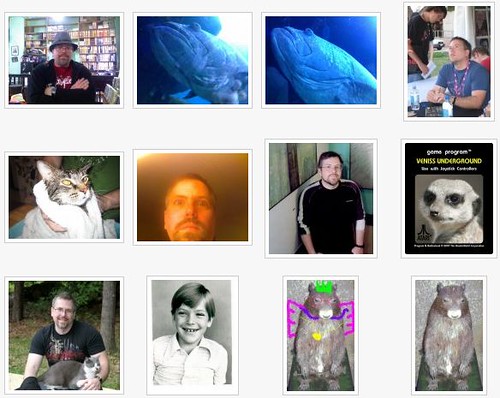