(The CD design by MBD, based on John Coulthart’s cover for Finch.)

Murder by Death sent me the Finch soundtrack music yesterday, and I’ve spent a fair amount of my life since listening to it. The CD clocks in at about 23 minutes and has seven tracks, some of which have multiple parts or subtitles. I absolutely positively love it–it’s about as close to the music in my head I imagined while writing Finch as it could possibly be, which shouldn’t come as a surprise since I listened compulsively to MBD while writing the novel. I just can’t believe how amazing this is, especially because the mood throughout really seems to capture Finch’s character, and to be both sad and defiant and human. And the music always has a seeking, questing feel to it that fits the detective plot perfectly.

I interviewed the band for Amazon, a feature I’ll post next week, but here are a couple of snippets from them about the soundtrack.

Adam: We thought of central or particularly vivid scenes we wanted to recreate and went for it. We wanted various styles of music on the soundtrack so we tried to use dark moments, sad moments, brutal moments etc to vary the feeling. The fun part was trying to think how a mushroom sounds. Since we didn’t use lyrics, we had to communicate all the ideas through music and the feel of the song.s We decided a vintage Fender Rhodes had the best overall tone for “mushroom”.

Dagan: This was different from any previous project we’ve done. We have songs fully written and rehearsed before we go in to a recording studio, but this time we wrote, rehearsed, and recorded on the spot. Plus, we don’t necessarily have to play these songs live, so we were able to get pretty elaborate in the studio. Things like six cellos playing at the same time, and three Dagans and Adams singing underneath it.

I’m going to briefly describe the tracks after the cut, even though I’m not the best at such description, so apologies in advance–also because I got it all as one long file, so I may be misinterpreting the transitions. (I’ve already talked about the limited editions that come with the CD before, and do so again below the MBD stuff.)

Finch’s Theme – In the novel, Finch is a survivor of not just six years of unfair rule by the gray caps, but also the survivor of years of civil war before that. So he’s both strong and diminished/scarred by that experience. Finch’s Theme has a kind of questioning guitar sound, slow but each note distinct, with a world-weary feel and a hint of menace behind it. It has a deliberate pace, as of someone who carefully observes the world around him because that’s a key to his survival.

Gray Cap Memory Bulb (A parade. Blood! Falling. Swaying Trees) – In the novel, Finch must harvest “memory bulbs” from a dead human and a dead gray cap, who may have been murdered. Basically, it harvests memories from the dead and when you eat it, the memories explode all over your brain, usually leading to some clues as to what happened. MBD begins this track with a martial parade-ground-like drum sound and then cello mournfully overtop and violin, I believe, layered in. The guitar returns as a questing sound again, similar to but louder, faster than in Finch’s theme. The music circles as if trapped and becomes more intense, forming waves of percussion and guitar, rising to a crescendo. There’s the quality of a nightmare, and not being able to sleep, and seeing things that you don’t want to see.

Human Memory Bulb (A Father’s Death. Mushrooms Breathing. Pursued by the Graycap) – A long, epic song that has the quality of a descent into the subconscious. The questing sound through cello again, mirroring the Gray Cap Memory Bulb, but this time piano as well. A lovely mournfulness to this piece that suggests late nights and the strangeness of Finch’s task. There’s no crescendo, just an extended dying fall with guitar notes spaced out to really hear the echo of them, and an instrument I can’t identify. Then great, abrupt guitar, with the cello coming back in as a haunted counterpoint, along with a few plinking piano keys, delicate as a half-heard footfall, and then rising up the with the sound of humming voices that mirror the cello in a stunning way. The piano fades out and comes back in louder and mirroring the cello. The music’s wonderful, because you can hear every individual instrument so well, and appreciate each note both as coming from an individual instrument and then also forming part of a whole. Then it fades back to a simple sound that suggests a ticking clock, that assembles around itself again more cello, more atmosphere, until it rises to a really slicing bit of crazy violin before cutting off abruptly.

Finch’s Theme (Reprise) – This version of Finch’s Theme layers in more instruments although it’s basically the same, with slightly less guitar and more violin, and in light of the music that comes before seems to suggest a Finch who’s a little more bruised and battered, again with a layer of menace behind it. Both Finch’s Theme and the reprise are about a minute long.

Party! – In the novel, Finch goes to an underground, illegal party with his girlfriend. At the party there’s a band playing. Adam says about this track, “We wrote a kind of drunken party song for a band in the book that was described as having a cello, accordion, and a drum set made of trash cans. We gathered scraps of metal and garbage and Dagan played drums along with Vincent on Accordion and Sarah on cello. I wrote ’em a little ditty and they knocked it out while Dagan and I sang.” Jaunty and homemade, with a great “lalala” chorus rambling drunkenly in the background. It’s a great contrast to the other tracks, but it also fits in with them.

Shootout (Partials Approach. Wyte’s Transformation. Finch’s Account. Battle Charge.) – Starts out with the approach to the chapel, with a sound of keyboard or organ that suggests to me Mozart’s Requiem. It’s got a needling guitar threaded in providing a kind of rising tension or danger music. This is the walk through hostile territory to a place that may be more hostile still. There’s also a kind of heightened awareness to the music–a kind of uplift as the instruments converge and are layered. Then the stereo cuts out and it’s mono for a shattering clash of cymbals and organ with drumbeats like bullets, before coming back in to the aftermath, with Wyte and Finch running for their lives, and a corresponding up-tempo to the music that also manages to incorporate elements of Finch’s theme from the beginning. I can literally see Finch and Wyte running to the boat, injured, in shock from the whole experience. Coming back strong, then, all of the elements from before and a mounting tension caused in part by Wyte’s condition. It’s defiant and dynamic and really beautiful in a brutal way.

Red Dawn – A brief piece that continues some of the themes from the other tracks, providing a nice sense of closure that dovetails with Finch’s Theme and also suggests the end of the novel.

You can order the CD by itself through the Murder by Death website, although I hope fans of my work will order one of the two Finch limited editions that come with the CD. For one thing, I really think that the music and the scenes they illuminate go together perfectly.

There’s a metallic gold chosen for the dustjackets that should look amazing next to the green cloth of the boards, not to mention the great foil stamp on those boards.

Also, of course, as the letterpress dustjacket for the Rebel Samizdat edition suggests, these are not your usual limiteds:

The Heretic edition is even more, er, radical, and both feature some lovely John Coulthart grace notes on the dust jackets: 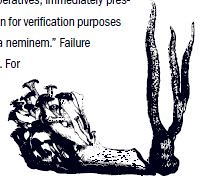