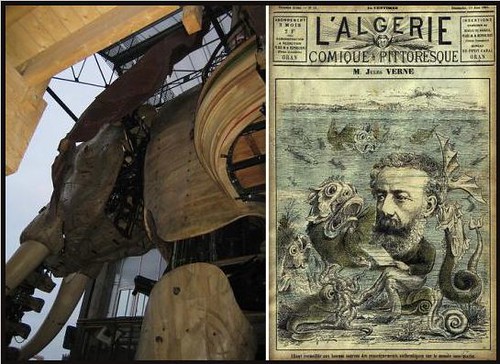 (Check out this Steampunk slideshow with text I put together, commissioned by Film In Focus to coincide with their updates on the animated film 9, featuring two great pieces by John Coulthart among other goodies. And then check out their other slideshows–some really great stuff.)

I believe I’ve mentioned this project briefly before, but it’s official-official, so…I’ve sold The Steampunk Bible to Abrams Image in New York City. It’s meant to be the quintessential pictorial and textual look at Steampunk, from all angles–movies/books/comics, fashion, art, makers, the green tech element, international Steampunk, and much more–making sure to capture the “punk” as well as the “steam”. It will be a beautiful book-as-object, too. I’ll be doing additional research and interviews for the book during my book tour this fall. Publication is scheduled for late next year.

In addition to thanking my agent, Howard Morhaim, I’d like to thank Leslie Henkel, a publicist at Abrams, as well as Matt Staggs, whose nudges started a chain of events. Also thanks to editors Maxine Kaplin and David Cashion at Abrams–the whole process so far bodes well for not only a great book but a great experience. Finally, thanks to Jake Von Slatt of the Steampunk Workshop for mentoring, friendship, and much else–truly an extraordinary guy.

19 comments on “The Steampunk Bible and Steampunk Slideshow”