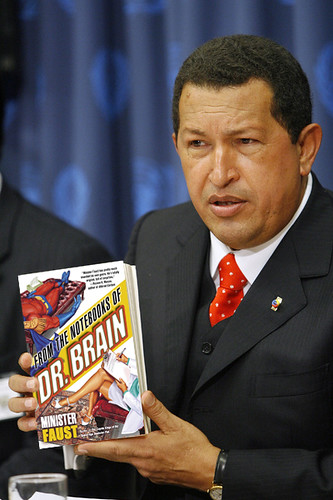 (Minister Faust’s novel receiving, in his words, “The Hugo Award”.)

I’ve just posted an interview with Minister Faust on Omnivoracious, checking in with him between novels.

Here’s a bit I wasn’t able to include on Amazon.

You’re a huge music junky it seems to me. What’ve you been listening to recently?

Indeed. Iâ€™ve been loving the work of Feist; sheâ€™s from Calgary, our sister city. Although Iâ€™m disappointed her topics are so narrow (lust, love and heartbreak), her wordplay is excellent, among the best in pop music. Sheâ€™s got a lovely, under-stated voice on tracks that include a soul-influence; her work sells because of its quality, not because she appears in videos as what my wife would call a â€œhoochy-mama.â€

Iâ€™m also loving the album Jali, Vol. 1 by the vast team called Mahogany Public based right here in E-Town. I performed two poems on that record with backing music, but thatâ€™s not why I like the album… even if my stuff werenâ€™t on it, Iâ€™d be pushing this CD mix of conscious hip hop, reggae and spoken word.

Iâ€™m a fan of the Senegalese vocal group Africando, which sings superb Cubano music (two-thirds of Cubans have West African ancestry; when Cubano records hit the continent in the 1940s, folks in Senegal, Congo, Angola and a few other places went crazy for the sound and made it their own).

A few months ago I got a stunning album by the brilliant jazz vocalist Leon Thomas, Spirits Known and Unknown, featuring Coltrane-protÃ©gÃ© Pharoah Sanders on the stunning elegy â€œMalcolmâ€™s Gone.â€ Oh, and I recently acquired South African jazz singer Letta Mbuluâ€™s CD re-release of two LPs from four decades ago: Letta Mbulu Sings/Free Soul. What a voice… no tricks, gimmicks or vocal razzle-dazzle. Just purity, an actual beautiful voice with stripped-down technique that serves her songs, not her ego. 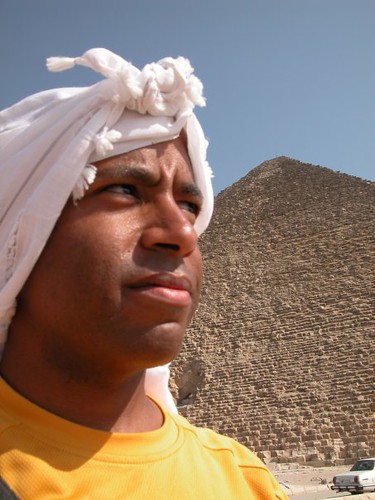 One comment on “An Interview with Minister Faust on Amazon”