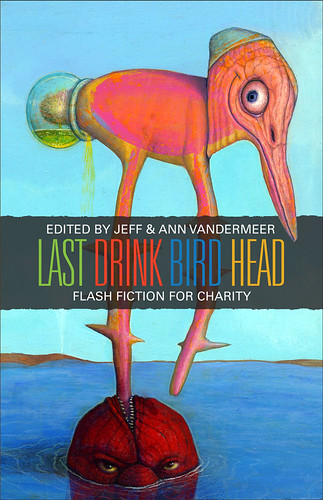 Cover design by Jacob McMurray, art by Scott Eagle, the devilish surrealist. The first release from my newly woken Ministry of Whimsy Press, with information up soon on the site of our new protector, Wyrm Publishing. A planned October release in a limited hardcover edition.

And below, the original inspiration for the anthology, art by Eric Schaller (which will serve as the fronticepiece). I did a short piece based on the art for Secret Life Redux, which may or may not go in the anthology. Then Matt Cheney did a smart-ass piece based on the name of the art, Last Drink Bird Head, and then a lightbulb clicked on in my head. Now itâ€™s a charity antho for literacy coming out just in time for World Fantasy. (Right now, plans are to have a party after the opening ceremonies, Thursday night, called Last Drink Bird Head that celebrates the release of Finch, Booklife, LDBH, a new Weird Tales, and, erm, some probable surprises.) 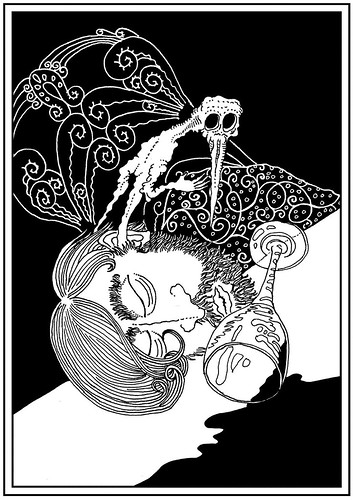