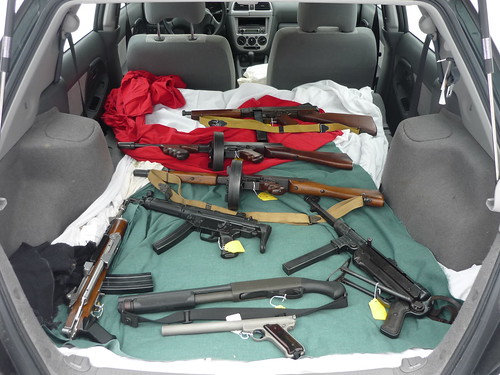 (Matt Cheney‘s guns, originally intended to go with my discussion of Thoreau, #37 in the Penguin Great Ideas series.)

Nothing would have pleased me more than to continue the 60 in 60 on schedule. However, life and circumstances are trumping dead philosophers. (I’m sure Marcus Aurelius would approve…or more likely be indifferent.)

I’ve accepted an offer from Clarion South in Brisbane, Australia, to teach week 6 of their workshop, from February 8 through 14. They have a sudden need for an instructor and, after weighing all of the pros and cons of accepting a gig with so little prep time, it seemed I could be of use. Week six is the last week, the students are usually exhausted, and they need not only support but strategies and approaches for the return to their “normal” lives.

Unfortunately, Ann ‘s schedule permits her from being part of it–our teaching these days is usually inextricably woven together–but she will be reading some of their manuscripts as time permits so that they also get the advantage of the careful eye of Weird Tales’ fiction editor. (I’m going to have to make it up to her big-time for missing Valentine’s Day.)

Now, the only problem is there’s only so much time in a day, and I have a deadline of early February for Booklife: Strategies and Survival Tips for 21st Century Writers. (Which turns out to be perfect timing-wise for the Clarion South students, since I’ll make the book in draft form available to them; they can even test out bits if they want.)

But the only way to meet my deadline and to make sure the book is as good as I want it to be is to get rid of the next biggest time expenditure…which is the 60 in 60.

To preserve the concept, Ann’s keeping the books in a secure location until my return. I will still be reading one a day until I finish them, but the series will resume around February 18 or 19. There will be no break this time between sets, either. Thanks for your patience. (It’s a mere speck of time compared to how long some of these texts have been around.)

That said, these three, which I’ve read in the past, are coming with me to Australia, as they’re all energizing and yet calming: 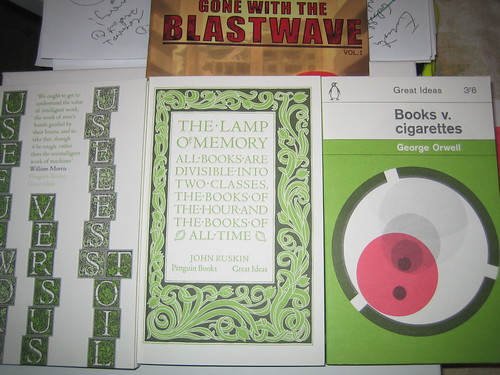