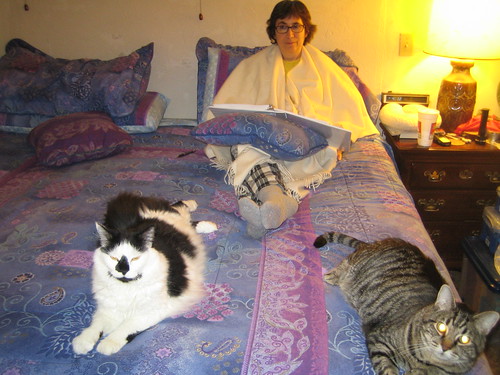 By anyone’s standards this was a busy year for Ann and me. I had several books of various types out (more on that in a separate post), including ones I co-edited with Ann. But of the two of us, Ann clearly had the more hectic schedule.

In addition to working a 40- to 50-hour day job, she read slush all year, selected the fiction for five issues of Weird Tales, did half the work on The New Weird, and much more than that on Steampunk, Fast Ships, Black Sails, and Best American Fantasy 2. This in addition to helping teach bat mitzvah students, and planning and doing events in Czech Republic, Romania, New York, and San Francisco, among others. She also basically served as my manager for two months while I was offline. (And even now, she’s putting together and editing The Kosher Guide to Imaginary Animals.)

It’s been a heck of an adventure in one of our busiest years ever, and I think for her editorial exploits she deserves a medal–especially because for Weird Tales she’s doing the hardest thing you can do as a fiction editor: pick work primarily by new writers. This is a rare skill because you can’t reply on the crutch of someone’s reputation. Many of the writers appearing in Weird Tales this year represent the next generation of exciting dark fantasy writers, and you’ll see their names appearing more frequently in part because of Ann’s patronage. (Check out this free, downloadable issue.)

In terms of the anthologies, both The New Weird and Steampunk have gotten huge praise in the past year, and also sold very well. The New Weird in particular has made an impact by challenging editors to think more carefully about how they structure their reprint anthologies, and I expect to see imitation of that structure by others going forward–and Steampunk has had a life all of its own, appearing on several year’s best lists. Also, three stories have already been taken for year’s bests from Fast Ships, Black Sails, to go along with some excellent reviews. Best American Fantasy 2 is just out this month.

Partnering with her on anthologies has taught me a lot and it’s also been a lot of fun. She’s a great friend in addition to being my wife, and I love her very much. I really appreciate her and everything she’s done–including being the insightful first reader for all of my fiction and much of my nonfiction. (I’m fairly sure I’m now embarrassing the heck out of her, but that’s just too bad… ;) )

So, as part of our year in review, Here’s a pictorial look at what Ann edited in 2008 (latest WT is out this week–the Cthulhu Holiday Issue; you can catch a glimpse of it on the main site): 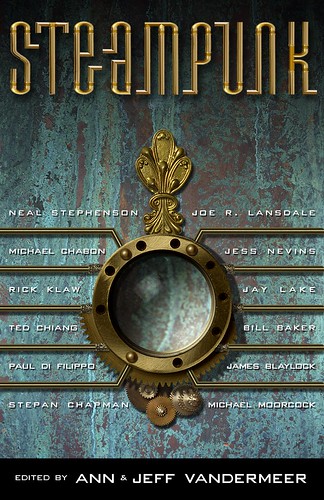 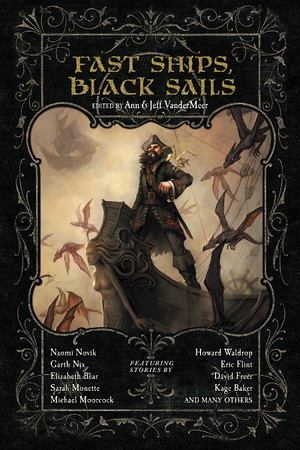 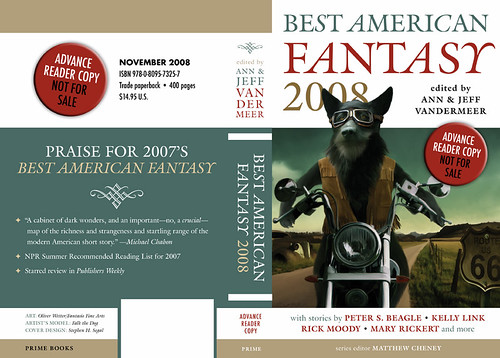 Not to mention the pirate video Ann created:

11 comments on “The Year in Review: I Think Ann VanderMeer Deserves a Medal”