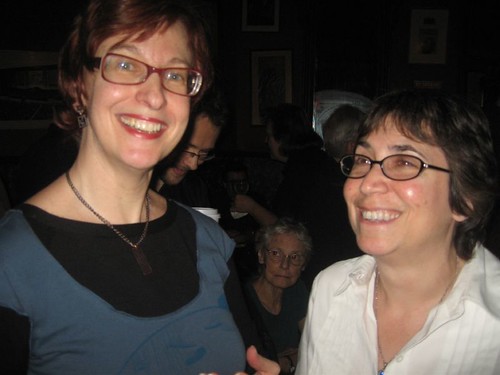 (Ann VanderMeer with Delia Sherman, and Carol Emshwiller peeking out from the background; photo by Ellen Datlow.)

As all of you no doubt know by now, my wife Ann is the fiction editor for Weird Tales. This past Wednesday we were up in New York City for her Weird Tales event, featuring Micaela Morrissette, Karen Heuler, and Jeffrey Ford, as well as Stephen Segal reading some of the winners of the Weird Tales spam flash fiction contest.

KGB was packed for the event, and I thought all three readers were extremely strong. Morrissette has an opulent prose style that left strong images in listeners’ heads, while Heuler’s darkly comic story about strange fish had people laughing and then appreciative of some inventive, restrained grotesquery. Ford’s closing piece–a kind of sustained, breathless monologue or soliloquy of weirdness–provided the perfect ending. (Also in the audience, Weird Tales writers Clayton Kroh, Jonathan Wood, and Felix Gilman, given a shout-out by Ann.)

Ann had a great time acting as MC for the readers, and was flattered that some people had come out just to meet her. It was also nice that a few beginning writers came up to thank her for her encouragement. I think Ann’s in the process of building a great stable of new writers, and a nurturing atmosphere for amazing new talent.

For me, it was an interesting experience because, for once, I wasn’t reading, which meant I could just relax and enjoy it all for once, getting to meet any a number of great people I had only known from the internet or email, including Meghan McCarron, Genevieve Valentine, Tempest Bradford, and more. It was also fascinating to watch Ann prepping to do the introductions, since she was as quiet and nervous as I get before a reading. We had a really fun night, and I know Ann enjoyed herself quite a bit.

You can find photos by Ellen Datlow here, and a couple below that we took. One is with Katie Melnick, an agent with the Morhaim Literary Agency, including the joke tricked-out spatula we sent her awhile back (long story involving Katie quite rightly saying, “One more question about this or that, and I’m going to hit you with a spatula), and the other with Meghan McCarron, who I honestly believe is an absolute powerhouse of a talent–everything I’ve read by her this year I have absolutely loved. (I’m holding an advance copy of the pirate antho.) 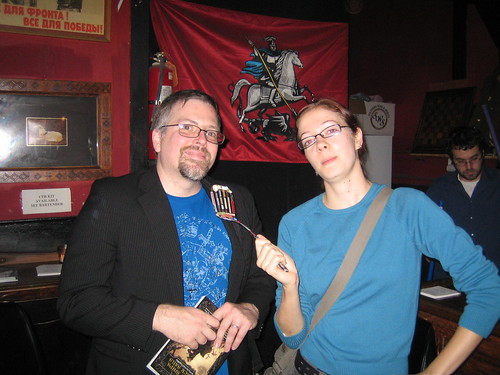 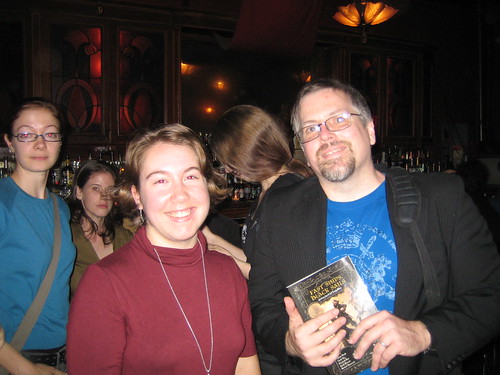 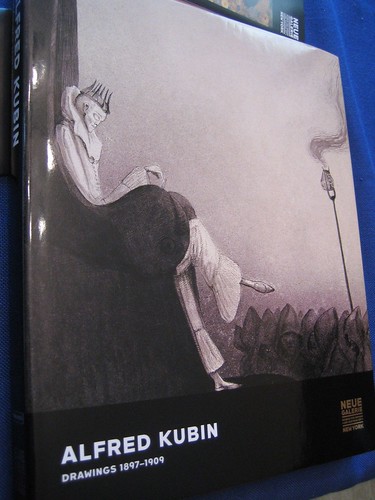 Before we left New York, we also got to check out the Alfred Kubin exhibit at the Neue Galerie, which I mention in the same breath as Weird Tales because, as Ann remarked, they seem related in a sense.

We first encountered Kubin when Michael Cisco recommended his stunning novel The Other Side. But Kubin was first and foremost an artist. I found it interesting how much his work anticipates Mervyn Peake, Lovecraft, and even, in some pieces, contemporary artists such as Michael Parks (although not in pieces pictured below). Highly recommended.

We splurged and bought the book associated with the exhibit, some interior pages below: 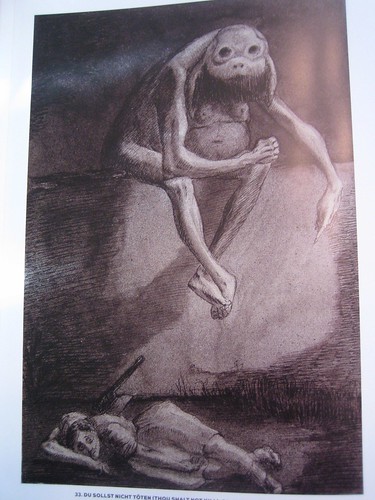 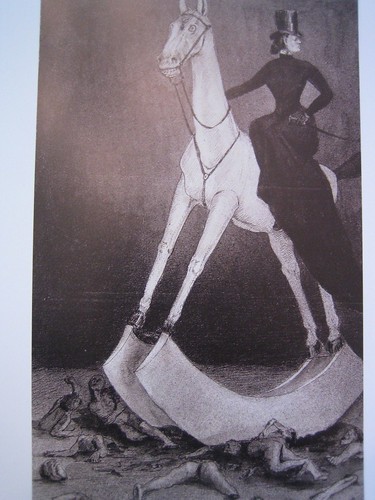 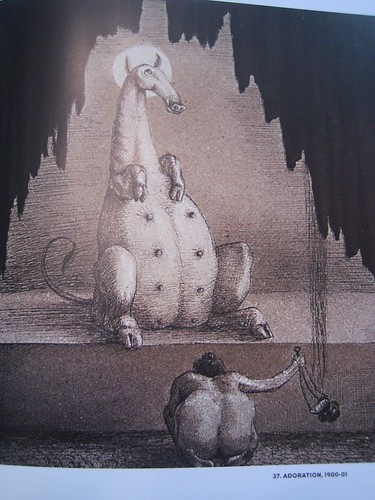 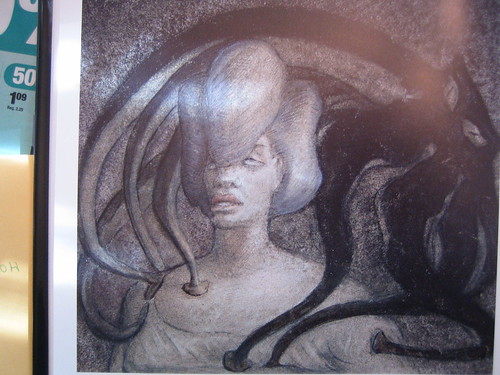 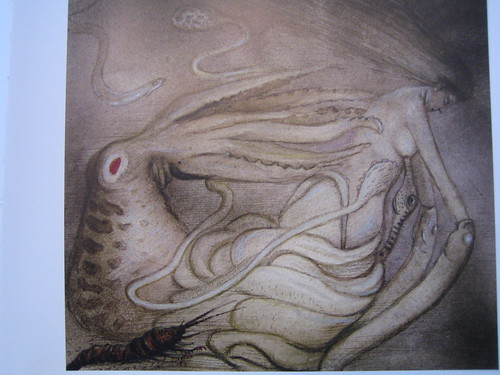 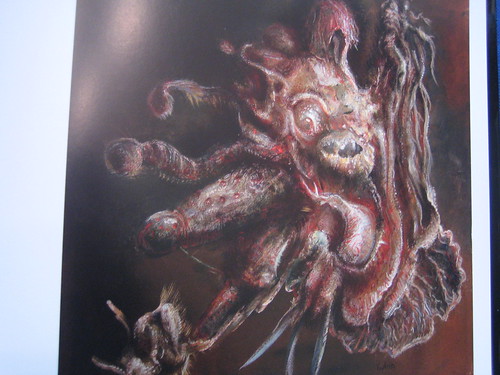 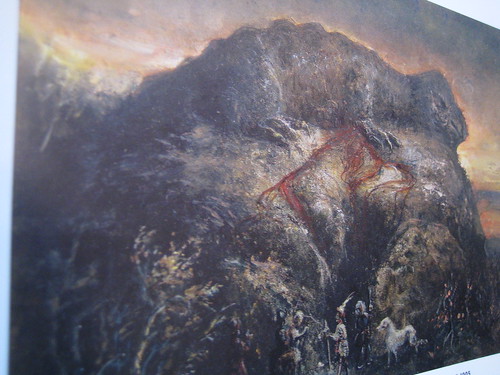 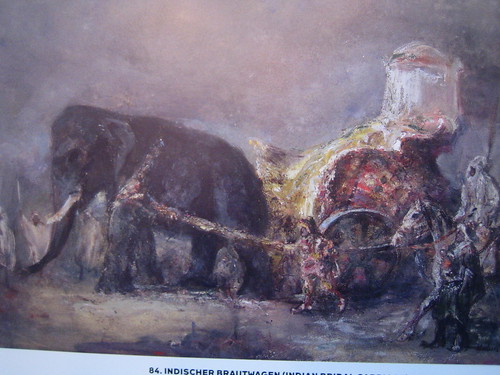