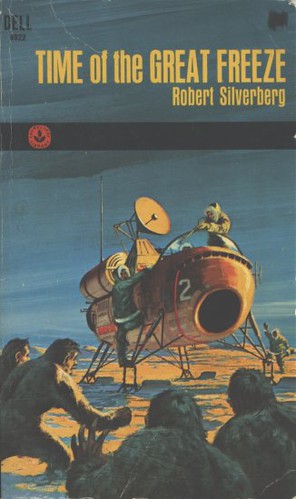 Late spring, 1969: John and Yoko stage a bed-in for peace in Montreal. Warren Burger becomes Chief Justice of the U.S. Supreme Court. Hee Haw premiers on American television. And back in wormtown, as the weather turns warm, my obsession with the space program begins to reach fever pitch. Iâ€™ve spent the last year memorizing details of the Mercury, Gemini, and (the first 10) Apollo Project missions. I know the names and the positions of all the crews in the same obsessive manner with which my buddies know the batting average of Yaz or the ERA of Jim Lonborg. The walls of my bedroom are covered with the fold-out posters from the Doubleday mail-order Science Service clubâ€”all those wonderful maroon boxes containing pamphlets and maps and cards and whatnot. I am embarrassingly proud that my cityâ€™s David Clark Co. produces the astronautsâ€™ pressurized suits. Jules Bergman is my lifeline to NASA. And when I discover that Robert Goddard, the father of modern rocketry, was born in my hometown and fired the first liquid-fueled rocket just eight miles from my house (andâ€”can it be possible?â€”that my familyâ€™s encyclopedia set is housed in one of Goddardâ€™s own bookcases, purchased from the widow after the great manâ€™s death), my head comes near exploding from the immensity of the pure geekity excitement ricocheting around in the melon.

It is at this moment, in the waning hours of the fourth grade, that the latest issue of Our Weekly Reader arrives one Friday afternoon. Sr. Mary Charles waits until the end of the day to distribute our copies, which, upon receipt, I discover, contains a book-order supplement. I walk home wondering if the pulpy little supplement might offer another Peanuts or Andy Capp or Wizard of Id cartoon collection. Wondering which paperback will claim my hard-earned 50 cents. But when I enter my bedroom and spread out the supplement on my gunmetal desk, my eyes lock, at once, onto a different offering. And refuse to budge.

Maybe itâ€™s the cover artâ€”though the reproduction is tiny and printed in black & white. Maybe itâ€™s the thumbnail plot description, which sounds terrifically exciting. Maybe itâ€™s the title itself: Time of the Great Freeze. But in the moment that I fixate on this little novel, I know I need look no further. I have found my selection. In addition, I know Iâ€™m done with cartoon books. And beyond this, I understand that I need to memorize the authorâ€™s name: Robert Silverberg.

I fill out the order form. I find two quarters in the deskâ€™s middle drawer and scotch tape them to the form. I place form and taped coins in an envelope and place it, like a holy relic, in the center of my desk. And for the rest of the afternoon and evening, I try to ignore the current of electricity vibrating along my spine.

The next day, I turn in the envelope to Sr. Mary Charles.

And then, the waiting begins.

While the rest of my classmates are bemoaning the slow grind of days until summer vacation, Iâ€™m scared to death that the school year will end before our last book order of the semester arrives.

But arrive it does, at long last.

In my memory, it is the very last day of my fourth grade year. At some point in the morning, the principal arrives in our classroom to deliver a brown shipping box to our teacher. My heart thumps. My head throbs. I know it contains the books.

Sr. Mary Charles thanks the principal, eyes the box for a moment â€¦ and then places it on the windowsill and returns to the dayâ€™s lesson.

I spend the next five hours staring at that box. Itâ€™s June and the heat outside causes my vision to blur, the air to waffle and waver.

Finally, about 15 minutes before dismissal, Sister finishes up some exercises and moves to the windowsill to retrieve the book box. She brings it to her desk, places it in the center of her blotter, withdraws scissors from a soup can pencil cup, and, slowly, inexpertly, slices the taped seals of the package.

She withdraws the classâ€™s master order sheet and begins to hand out the various literary purchases of her students. And I am on the edge of my seat. I am sweating. My nerves are clenching and my teeth, grinding. I am, in fact, an addict in miniature. (Years later, reading an anecdote about Cheever or Carver leaping from a still rolling car into the parking lot of a just-opening Iowa City liquor store, I thought, oddly but tellingly, of my wildly over-the-top impatience on that day in fourth grade.)

Now the box is almost empty. I am, of course, the last to receive my treasure. Thatâ€™s the way these stories work. Mr. Silverberg would understand.

But suddenly, Sister stops the distribution. She freezes in mid-dispersal and removes hand from box. And I know something is wrong.

I watch her bring the order form up closer to her eyes, then peer down into the depths of the shipping package. And then, with a look of confusion or annoyance, she says, â€œOh, no. We seem to have a problem.â€

My stomach seizes up a little.

â€œMiss Nicholson,â€ she says, and my head pivots to find the classmate whose name has been called in conjunction with my own.

â€œYou both ordered the same book,â€ Sister says, re-consulting the form. â€œBut they only sent one copy.â€

I am suddenly terrified that, as in the Solomon story we learned this year, Mr. Silverbergâ€™s beautiful, slender paperback might be hacked in two.

I should have known better. Like virtually all of the nuns I had come to know since kindergarten, Sr. Mary Charles loved and respected books and reading. Hadnâ€™t our â€œrewardâ€ for promptly finished work been a trip to the black wire bookstand at the front of the classroom, and the time to read freely in whatever selection we chose from the class â€˜libraryâ€?

In additionâ€”and also like all the nuns before herâ€”she was a pragmatist. And so, glancing at the clock above the chalkboard, she said, â€œPick a number.â€

Mary Kate and I looked at one another.

â€œQuickly,â€ Sister said. â€œPick a number between 1 and 10. Whoever guesses the correct number first will receive the book. The other gets a refund.â€

A protest started to form somewhere in my throat. But before it could surface, Mary Kate said, â€œSix.â€

And before I knew what I was doing, as if someone had pushed a button in the back of my neck, I shouted, â€œEight.â€

â€œEight it is,â€ Sister said and handed me Time of the Great Freeze.

Do I believe I really guessed the right number on my first attempt?

Pointedly, yes. The universe wanted me to have that book. And it wanted me to know just how much I desired the novel.

In memory, the dismissal bell then sounds. Miss Nicholson approaches the big desk to settle up with Sister. I exit the school with the holy artifact in my hands. And a sense that my life is, somehow, about to change.

Over the course of that night and the next day, I read the book in crazed, hungry gulps. I have been a reader from the beginning. I received my motherâ€™s obsessive love of the narrative and the physical text. But Iâ€™ve never been captured so thoroughly by any book before. Maybe itâ€™s the subterranean setting of the early chaptersâ€”I already have a weird thing for underground imagery. Maybe itâ€™s the oppressive, totalitarian government against which our young hero must battle. Maybe itâ€™s Mr. Silverbergâ€™s masterful ability to create pace, suspense, engaging and sympathetic characters. Itâ€™s likely all of these things, adding together to create my first episode of living within a genuine moment of wonder.

Simply put, this Silverberg kidnapped me. And my 48 hours in captivity changed me forever. Silverberg initiated me. Baptized me. Made me a part of what I would slowly come to understand was a tribe of likeminded wonder kids.

(To this day I entertain a fantasy of flying to his digs in the Oakland hills and laying a bottle of great single malt and some kind of reverential flowers at his door. Iâ€™d never actually ring the bell, of courseâ€”Iâ€™m way too superstitious to gaze on his visage.)

Nothing, as they say, was the same after that. Iâ€™d wager that a lot of you reading this have read Time of the Great Freeze. Iâ€™m betting that Silverberg initiated a lot of us. But if it wasnâ€™t Mr. S that kidnapped you, perhaps it was Mr. Heinlein. Or Mr. Bradbury. Or Mr. Ellison. Or Mr. Leiber. In one senseâ€”in this specific regardâ€”theyâ€™re all the same person. Theyâ€™re the visionary who was sent to remake you at that exact moment when you required remaking.

About a month after my initial reading of Freeze (I read it three or four more times over the course of the summer), Armstrong and Aldrin landed on the moon. My father let me stay up until the small hours, sitting with me on the couch, staring at those fuzzy, impossible pictures of men in bulky white, bouncing through craters. I was beside myself with excitement, with a dash of fearâ€”and, I think, with pride.

But, to take nothing away from those astronauts or that momentous, majestic undertaking, the truth is that my sense of sublime, ecstatic wonder had already been apprehended. In the moment when I fell, utterly, into a fabulous adventure tale by Robert Silverberg. And was launched forever out of the land of the mundane. —Jack O’Connell

5 comments on “Jack O’Connell / Resurrectionist Week: O’Connell on His “Baptism””