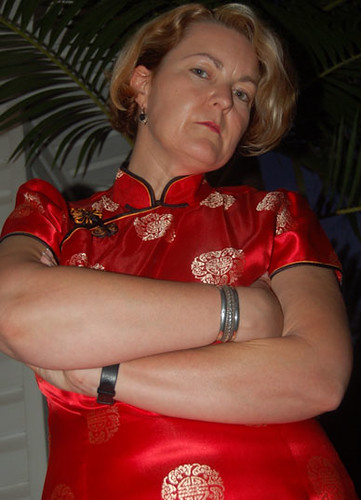 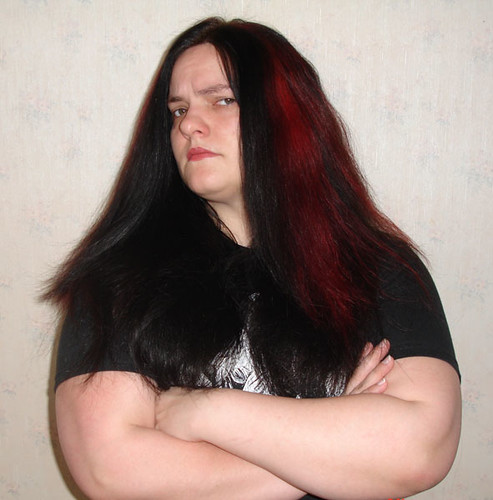 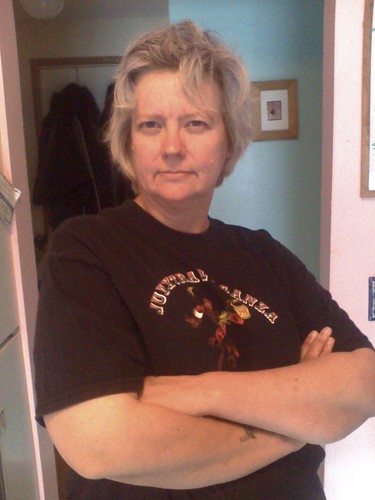 (Cat Rambo, co-editor of Fantasy Magazine, and with fiction in Weird Tales and Asimov’s.)

The three awesome Cats I know and love, all striking arms-crossed power poses and kicking ass exclusively for this blog, something you don’t see much in female author headshots. This kind of thing is a lot more common:

Although, every once in a blue moon, you do see this:

Some among you may recall that last week I got a little uppety about power poses in author photos, the catalyst for the post this crossed-arm power pose by Scott Sigler: 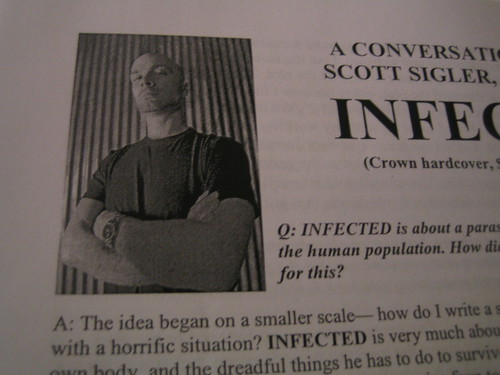 I also accused John Scalzi of being part of this hard-ass, grim-pose movement, to which he replied, basically, “I have no arms to cross, because I took the photo”:

Maybe I was actually thinking of this photo of him, in which I feel his arms are metaphorically crossed:

On the other hand, he has a bacon cat (or is it a cat that tolerates bacon on its head?), so it’s hard to think of him in the grim-pose:

China Mieville’s another possible offender, as in this photo where he does indeed look like he might eat your children, but on the other hand, his head might just be cold:

Especially since he manages to make the crossed-arms look adorable here:

Other writers never get the crossed-arms thing right:

Others decide to let their totem animals do the strutting:

Some don’t even get close, as evidenced by the horrified looks of those in the background:

Then, of course, there’s this pseudo-power look, basking in the light of the computer screen:

Or, the direct approach:

Back in the day, though, a male author could just let his beard do the intimidating for him:

And, finally, the author trying to look 12, apparently, when he’s really in his mid-30s.

Feel free to share some of your own favorites…

26 comments on “Author Photos, the Arms-Crossed-Power-Pose Gender Imbalance, and Your Favorites”